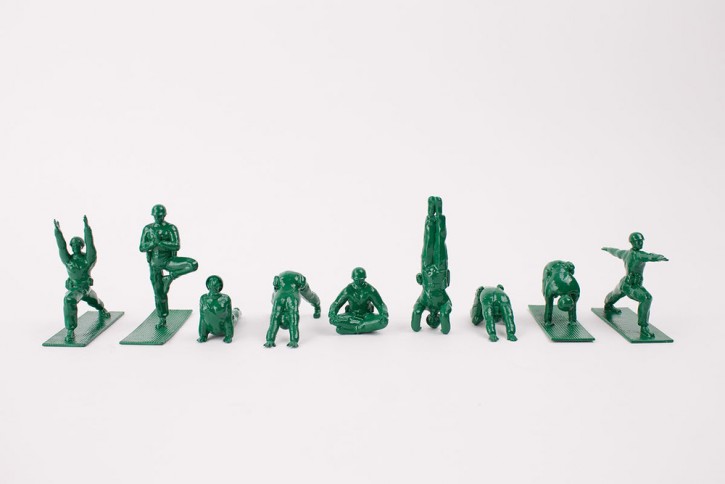 The phrase ‘little green men’ might bring to mind aliens, but there is another type of little green man that has caught our eye this week.

Remember those little green plastic toy soldiers that you had growing up? They were painful as hell to step on and they made a pretty awesome cameo in Toy Story.

Well those little guys are trying a new fitness regime to get themselves in shape for their playtime battles. Named ‘Yoga Joes’, these modernised figurines are on the warpath, trying to get you into shape. San-Francisco based Dan Abramson, who founded yoga equipment retailer Brogamats, wants to shatter the yoga stereotype with this miniature yoga army. This isn’t the first time that these little green army men have been given a refresh and in the past they’ve tried all sorts of stuff from skateboarding to surfing.

You’ll be pleased to hear that the Kickstarter Project to get these lil guys into production reached its goal just 24 hours ago. Having aimed for just $40,000 dollars, the project has been wildly successful, raising $100,000 of funds. Soon to be available in a range of poses including Headstand Meditation Pose, Cobra Post, Warrior One, Warrior Two, Child’s Pose, Tree Post, Crow Pose and Downward-Facing Dog, this troop of toys will be on the shelves just in time to go under the tree.