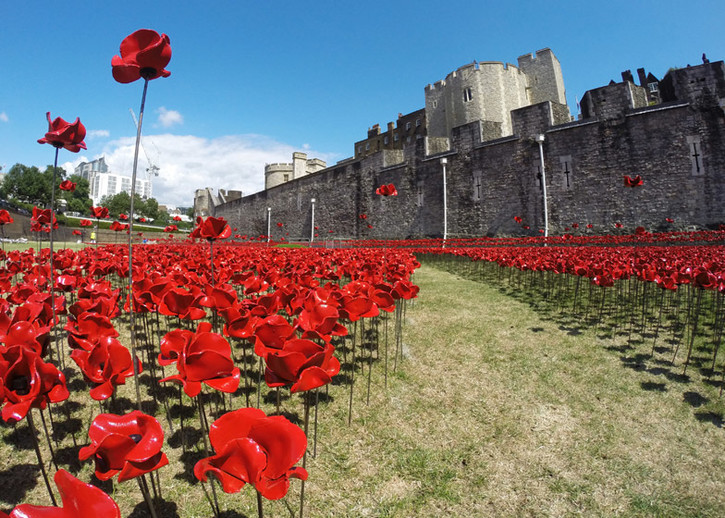 A poppy deftly tucked into a lapel or pinned onto a blouse has long been a symbol of remembrance.

Used since the 1920s to commemorate the casualties of World War One, it’s said to have taken its significance from Lieutenant Colonel John McCrae‘s poem ‘In Flanders Fields’, which noted the red poppies springing up over the graves of soldiers.

To mark the centenary, 888,246 ceramic poppies are being arranged around the Tower of London.

Named ‘Blood Swept Lands and Seas of Red’, the commemorative installation is the brainchild of ceramicist Paul Cummins and set designer Tom Piper. Arranged to seem as though they are pouring from a turret of the tower, the flowers are held upright on metal stems, and will be ‘planted’ by thousands of volunteers. A single porcelain poppy can be purchased for £25, and the proceeds will go to several armed forces charities

This isn’t the only recent installation commemorating the lives lost 100 years ago, and the Trafford Centre, Manchester, held ‘The Million Poppy Cascade’, which you can watch below: