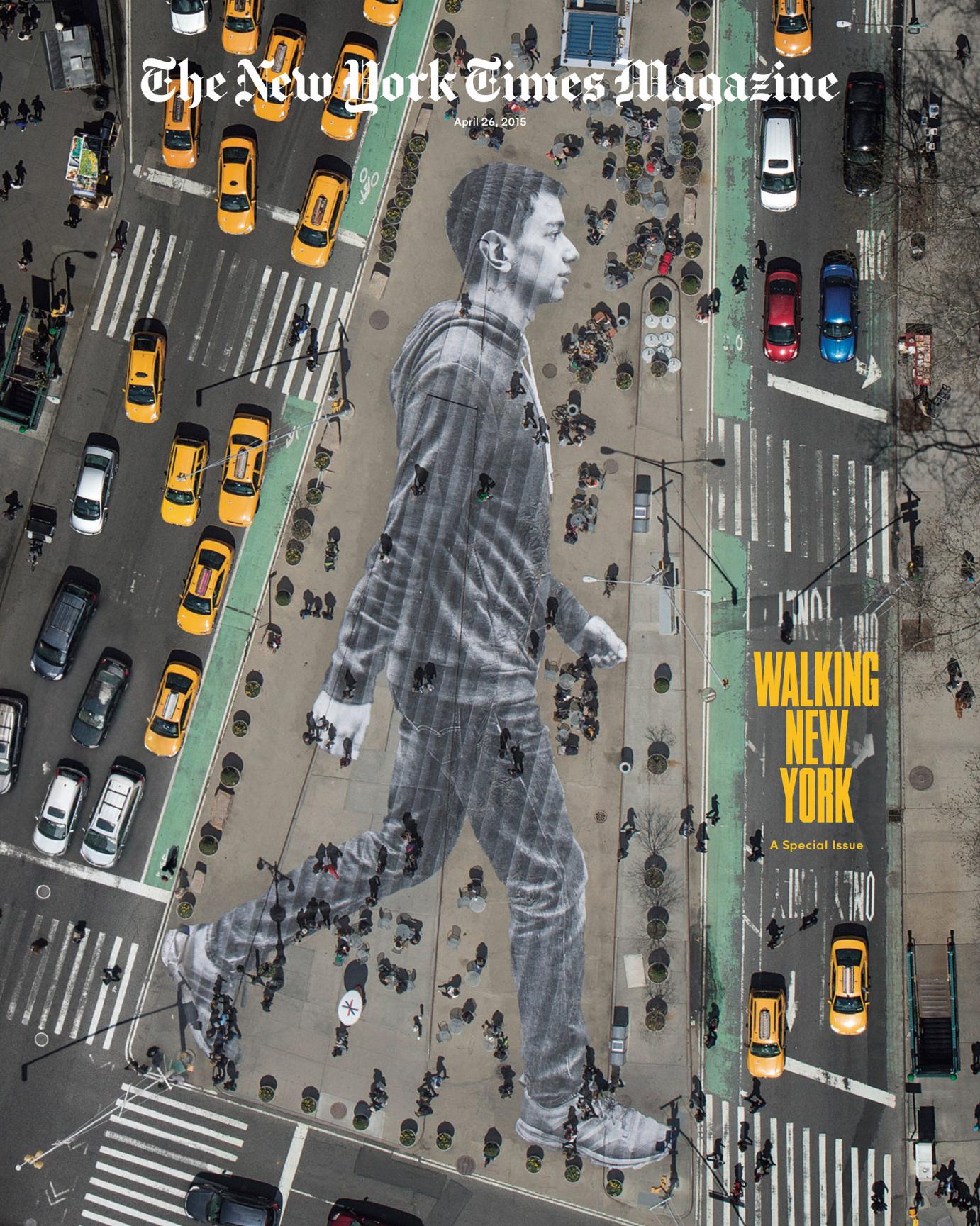 A timelapse showing the installation of JR‘s “The Walker”, an almighty piece of work that spans the corner of Flatiron plaza in Manhattan.

The New York Times Magazine: “Earlier this month, JR photographed 16 people who arrived in New York within the last year and made their portraits while they walked down the streets of NoLIta. (Some of these portraits can been seen here.) For the cover, we zeroed in on Elmar Aliyev, a 20-year-old waiter at Old Baku, an Azerbaijani restaurant on Ditmas Avenue in Brooklyn. Elmar immigrated to the United States from Azerbaijan last August after he won the green-card lottery. He likes to walk in Central Park and around the Plaza, locations from his favorite movie, “Home Alone 2.” JR liked the way Aliyev swung his arms when he walked.

Aliyev’s picture was then printed on 62 strips of paper. On April 11, JR and his 20-person crew took these strips to Flatiron plaza and began affixing them to the ground at 4 a.m. The pasting took about three and a half hours and resulted in a 150-foot-tall image of Aliyev striding eastward. The sun came up. Pedestrians began to wander over Aliyev. Just as JR had predicted, they often walked right over him without even noticing.”