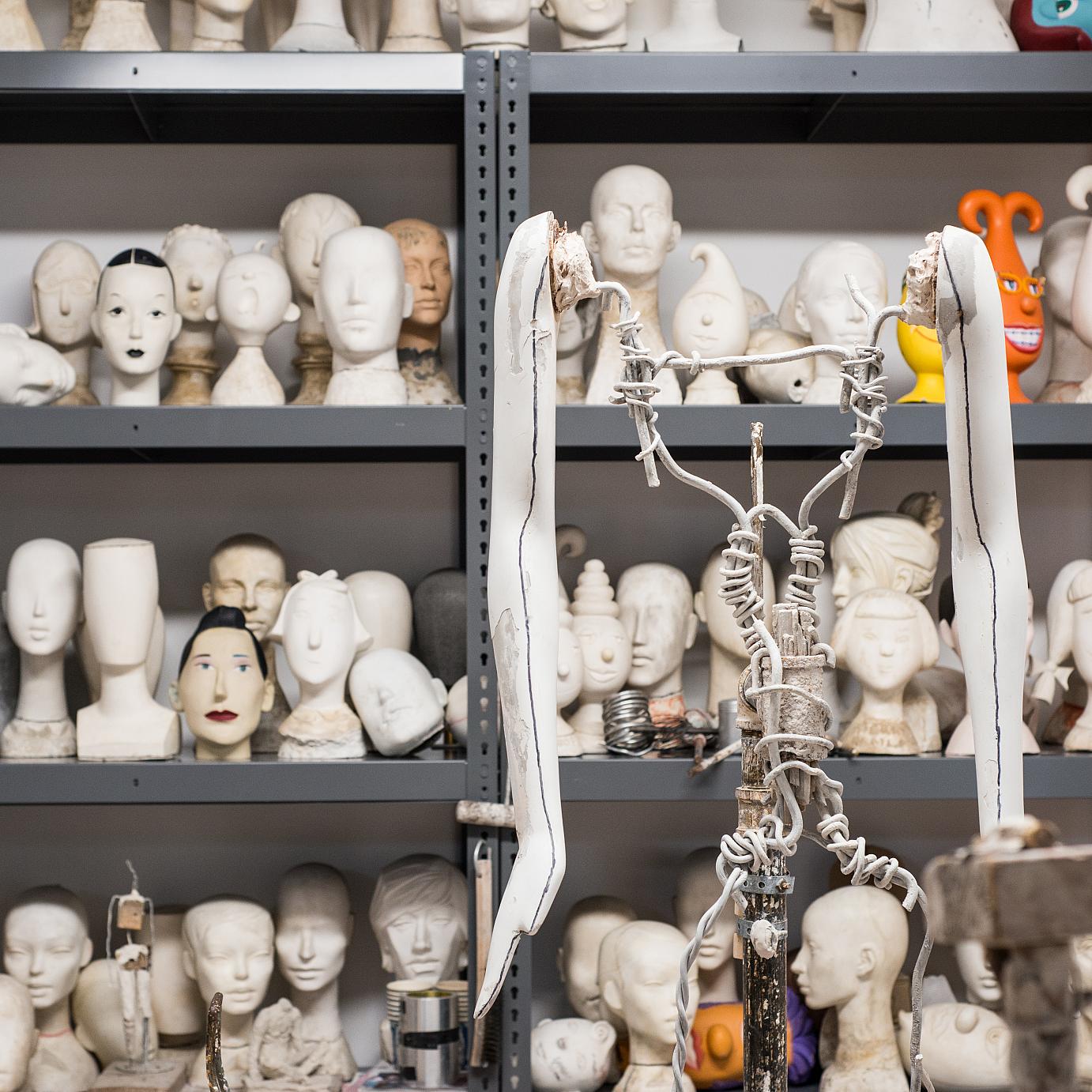 New York’s Museum of Arts and Design hosts the first museum exhibition that explores the ubiquitous and petrified representation of the human body: the mannequin. Originating from as early as the mid-eighteenth century in France, the mannequin has come a long way from its practical beginnings, taking to the stage in window displays and department stores in the daily spectacle that is consumer culture; ever objectively stylish and as ever in obedient silence.

Ralph Pucci is widely regarded as pushing the boundaries of mannequin design by making visual noise with his creative and surreal adaptations of human form and individuality. ‘Ralph Pucci: The Art of the Mannequin’ charts the New York-based designer’s three decade-long career of craftsmanship and collaboration of commercial armatures for some of the most famous names in the creative arts and fashion industry in America. With the dawn of the ‘super model’ era in the Seventies, attitudes towards the female body had begun to be challenged. For Pucci, this seminal moment was a catalyst to personify the previously anonymous forms into diverse and empowering figures, reflecting the new face of fashion – and everything else below the neckline – that was being presented on the runways.

Courtesy Museum of Arts and Design Photo by Eric Scott 2015

Over thirty mannequins designed by Pucci feature in the exhibition, all elevated to art form status with their respective inspired titles. They include custom silhouettes for Diane von Furstenberg, Anna Sui and Isabel and Ruben Toledo as well as for Pop artist Kenny Scharf whose cycloptic, colourful conical figures from the ‘Swirley’ series exemplified the introduction of new body images and alternative notions of beauty. Additional highlights document the androgynous gilded mannequin titled ‘The Olympian Goddess’, designed for the opening of Barneys New York downtown women’s store in 1986; a collaboration with the painter Lowell Nesbitt of a muscular male mannequin that earned a spot in People Magazine’s inaugural ’50 Most Beautiful People’ issue published in 1990, and a striking series featuring Nineties-model Christy Turlington in various yoga-poses from Sukhasana through to Warrior II.

The exhibition presents a journey of not only an otherwise unnoticed art form in everyday culture, but the relationship between fashion and the body in recent decades. Michael Evert, Pucci’s longterm collaborator and sculptor, will bring the inanimate to life in an in-gallery recreation of his studio. During his residence he will create mannequin prototypes in clay from live sittings of invited celebrities and members of the public throughout the exhibition. The studio will offer an insight into the process and techniques used to create an iconic mannequin, revealing how to capture a pose that will make us look twice.

‘Ralph Pucci: The Art of the Mannequin’ is on view at the Museum of Arts and Design in New York City to 30th August 2015.

Jonathan Velardi is a freelance writer on arts, culture and design. His background as a conceptual visual artist forms the basis of his editorial interest around global creative activity.