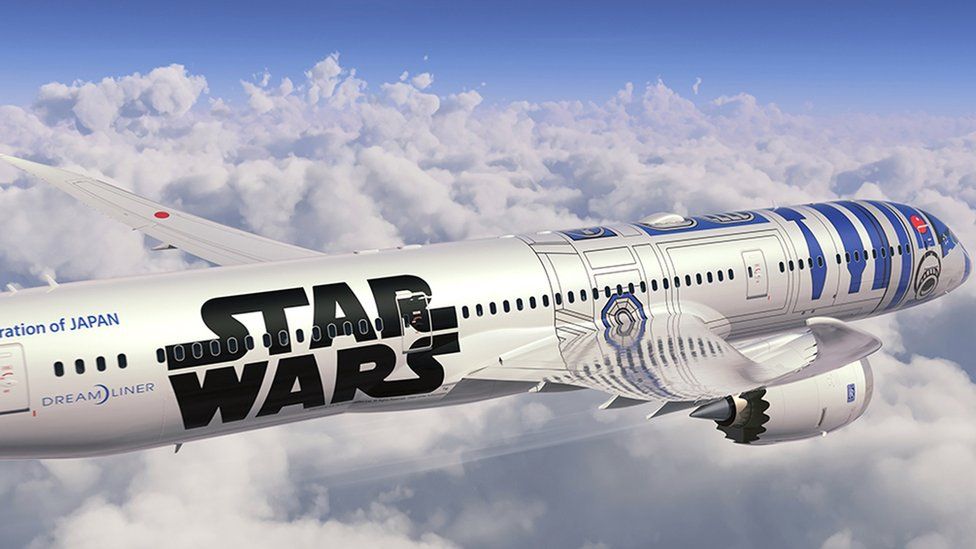 I guess a Star Wars plane isn’t the weirdest thing to come into existence, but it’s certainly up there! Imagine catching a flight on this badboy launching later this year by the Japanese carrier All Nippon airways. I think I’d probably crash my car out of distraction if I saw a part R2D2 plane soaring above me and I doubt I’m the only one.

This Boeing 787 Dreamliner will go into operation later this year on an international route.