Review: Inside the Circle of Fire 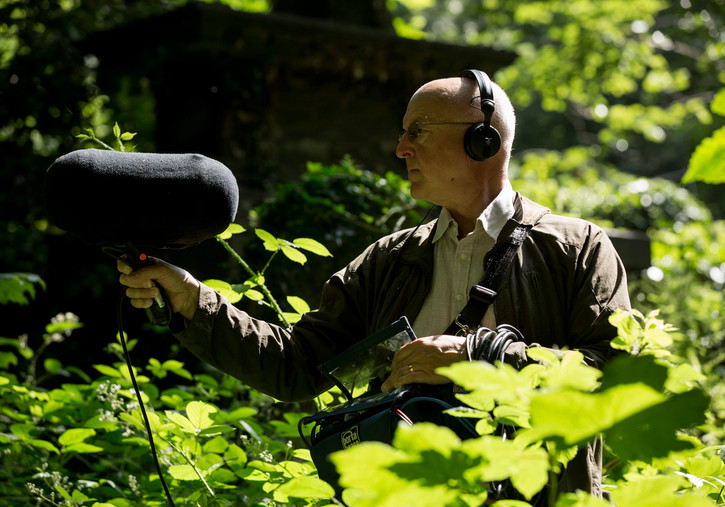 Chris Watson is best known for his soundtrack to David Attenborough’s Frozen Planet series, and the BBC’s The Life of Birds, for which he won a BAFTA. He’s also a founding member of Cabaret Voltaire, a post punk pop group popular in the early 1980s.

This winter we see Chris Watson return to his Sheffield roots with a unique exhibition at The Millennium Gallery, in which visitors are immersed in a ‘sound map’ of the city. The award-winning sound artist has spent the last 18 months recording at locations all over Sheffield, using the latest ambisonic technology to create a journey of spacial audio within the gallery’s main exhibition space. The exhibition, Inside the Circle of Fire: A Sheffield Sound Map, runs until mid-February.

The Millennium Gallery approached Chris more than two years ago, in the hope that his Sheffield ‘routes’ would draw him back to the city for the chance to work on the project.

“I’ve not lived in Sheffield for thirty years now, so I was really keen to re-investigate the place for sound and I had this idea of a sound map, to see if it was possible to recreate that sense and spirit of place and sound…and to do it in a special environment.”

Chris’ aural discovery saw him standing in Ecclesall woods at 3am recording the dawn chorus, inside the Forgemasters steelworks, and capturing the roars of football fans at Hillsborough and Bramall Lane. The records are woven in with contributions from the public, who submitted sounds that they recognise as synonymous with Sheffield. Chris’ passion for recording the sounds of wildlife, habitats and atmospheres from around the world has been rediscovered in the city he grew up in, a far-cry from capturing seal songs under the ice of the Antarctic in Frozen Planet.

“It’s been wonderful rediscovering the signature sounds and rhythms of my city, from the high moorland boundaries to the urban and industrial core.

“The response from the public has also been fantastic – it’s been great to hear Sheffield sounds that mean so much to other people and be able to collage them into the finished work.”

This exhibition presents a unique insight into the Steel City, capturing an aural journey filled with sounds that are so often lost among the hum of traffic and hustle and bustle of modern life.

Inside the Circle of Fire can be found at the Millennium Gallery on Arundel Gate, Sheffield until Sunday 23rd February. Chris Watson is also hosting talks at the gallery on Tuesday 4th February, for those who would like to find out more about his amazing career and current project.