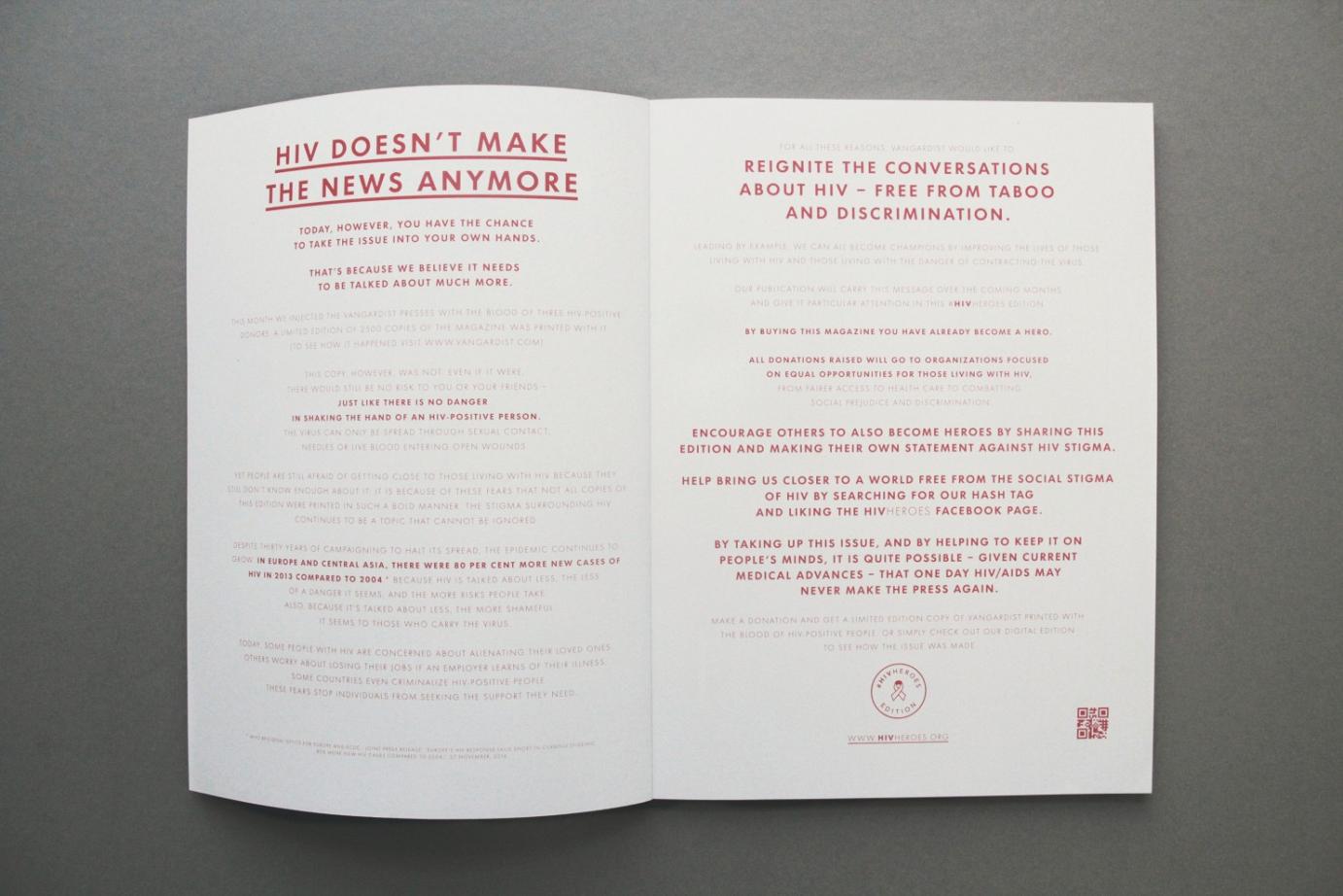 The Vangardist, a german men’s lifestyle magazine, have come up with a creative way of getting the issue of HIV back into people’s hands, drawing blood from three HIV+ volunteers and infusing it with ink to print a special edition of the normally online only magazine.

The idea came from world famed advertising agency Saatchi & Saatchi with the idea to break the stigma of HIV+ people “By holding the issue, readers are immediately breaking the taboo.” said Julian Wiehl, publisher and CEO of Vangardist in their press release. The magazine has been produced according to the most stringent controls and using processes developed according to guidelines established by Harvard and Innsbruck University, ensuring that the handling of a physical copy of the magazines carries no risk of infection, and is 100% safe, yet still allowing a impactful message and discussion around the issue in a new and creative way.