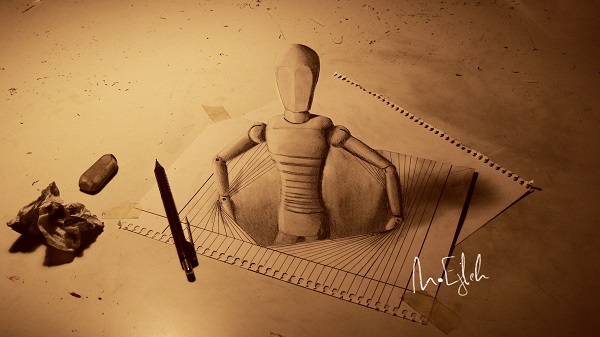 Dan Woodger is a London-based Freelance Illustrator that really thinks outside the box. His illustrations are simple, vibrant and fun. For two years he’s been creating an army of chaotic characters, and crowd scenes have become his raison d’être.  His eye-grabbing illustrations are all pretty awesome, whether it’s a fruit punch-up, or a sulky silver-platter. With a cheeky undertone at the bottom of his work, you can’t help but grin while checking out his choc-a-block art.

Having graduated from The University of Brighton in 2011, he’s now cut his teeth on the freelance circuit and built up an impressive résumé. Represented by YCN Talent Agency, he’s worked with a whole bunch of exciting clients including: Google, Cadbury, Bloomberg Businessweek, Wired, NY Magazine, Oreo, Mentos, GiffGaff and The Webby Awards. He’s also doodled everywhere, from a BT and The Times commissioned telephone box, to the pages of The New York Times.

Hip with underlying funk, his work brings back memories of an ’80s childhood, and has got us stomping about to the soundtrack of the old Chewits advert. Dan is a member of the Ohh Deer collective, and we stock a whole range of his products including his Moving House Greeting Card, Dino Skatepark Cushion and Party People Phone Case.

You can see more of his work on his impressive portfolio site www.danwoodger.com.