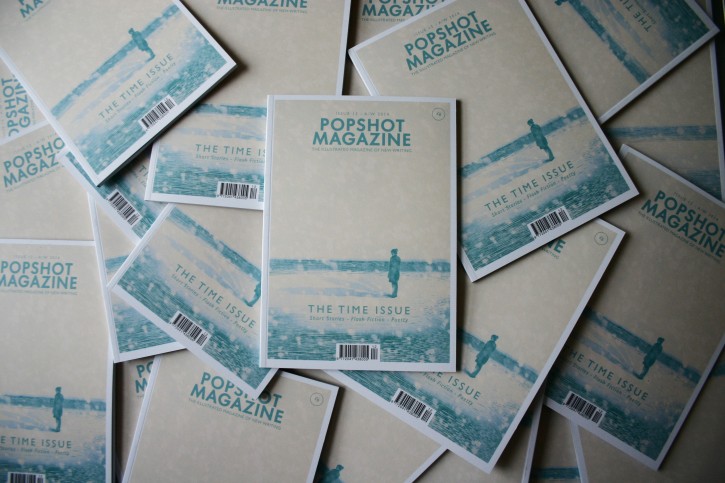 Stretch back 20 years and making a magazine was no easy task. Although it was in its infancy, the internet wasn’t the incredible resource that it is today and the word ‘Google’ didn’t even exist. Most magazines were being made in Quark and the first version of InDesign was about five years away from being introduced. Then the internet boomed and things started changing. It wasn’t immediate of course, it took years for internet speeds to become fast enough to send files to print over the web. Trying to email a final print file to a printer on dial up would have taken hours.

The playing field has changed drastically, and with it, so too has the landscape of magazines – independent magazines especially. Now all it takes to become a publisher is a laptop, an internet connection, a bit of seed money (which can generally be acquired on Kickstarter these days), good taste and an open mind. Technology has become so intuitive, and information so accessible, that almost any skill or piece of knowledge that you might need in the process of creating a magazine can now be obtained with the help of Google and a YouTube tutorial video.

Popshot was started back in 2008 from a kitchen table in Oxford with no knowledge of the publishing world, no design experience, no contacts, a rudimentary understanding of how to build a website and very little comprehension of the lie of the land in poetry or illustration. All I had was an idea and that was about it – the rest was picked up along the way. Much as it may seem as though publishing is a complex beast, the basic principles behind it are very simple: make a publication that is interesting, engaging and (hopefully) beautiful then find a way to get it in front of the people who will care about it. Thanks to increasing amounts of data that allow us to very specifically target people, it’s becoming easier and easier to track down readers. If I want to find men aged 25-35 in London who are interested in poetry, whiskey and the music of Bon Iver, Facebook ads can help me do that. If I want to get the name of Popshot in front of anyone who uses the hashtag #shortfiction, Twitter can help me do that. Finding an audience isn’t as difficult as it used to be; the difficulty is making something good enough for that audience to really care about. With that in mind, here are a few necessaries that will help you work out whether you’re ready to run a magazine or not.

Have a point of difference

If you want to start up another fashion magazine but can’t explain why it’s doing something that all the other fashion magazines aren’t doing, don’t bother. Even if it’s quite subtle, it has to be doing something that all the other fashion magazines aren’t already doing. If you don’t have a point of difference or a, forgive me, ‘USP’, you’re going to struggle. Most magazines begin their life with some sort of mission statement behind them, an issue that they’re trying to address or a subject that they want to shed some light on: Popshot was borne out of a frustration at not being able to find a magazine that represented poetry in a light that made it enticing. Delayed Gratification is a news magazine that proudly professes that they’re the last ones to breaking news, dubbing it a ‘slow journalism magazine’. Oh Comely launched because they wanted to make a women’s magazine that didn’t feel anything like the usual ‘women’s magazine’. Most of the best magazines have a point of difference to them, no matter how subtle they may be.

Do your research but stay naive

Naivety gets a bad rap but it’s actually quite an essential ingredient to the making of a magazine, or any small business for that matter. In fact, ask most magazine makers how much they knew before they started and most of the time the answer is something along the lines of, ‘I didn’t have a clue’. If you knew everything that was involved in making a magazine before you started, you probably wouldn’t do it. That’s not to say that you should go in blind but in my experience naivety can unlock doors that the knowledgeable believe are too hard to open. Sometimes things aren’t as difficult as they appear.

If you decide to set up your own magazine, you might end up being an editor, an art director, a designer, a proof-reader, a social media manager, a subscriptions manager, a marketing manager, a web editor, a web designer and an accountant all rolled into one. This isn’t to say that you have to be, but it certainly does help. The ability to be interested in all aspects of running a magazine is pretty much essential. If you have great ideas for features and stories but can’t look after the numbers side of things, you’re not going to last very long. Similarly, if you’re great at handling your accounts but repeatedly put out issues with mediocre stories, you won’t have much of an account left to handle. If you want to get your magazine off the ground, you’re going to have to a general understanding of every aspect of it.

Be more passionate about the subject than the magazine

This may sound obvious but so many magazines start promisingly but then tail off because the people behind them don’t care enough about it. The more passionate you are about the subject, industry or world that you’re covering, the easier it is to spot the opportunities and spot the good stories. If you live and breathe folk music, it won’t be very hard for you to find stuff to write about and people to talk to. If the magazine that you want to produce is something that you would part with your hard-earned cash for, it’s going to be a lot easier to get into the heads of your potential readers. You can spot the magazines that were run by people who were more keen on running a magazine than the subject matter itself because they rarely make it past the fifth issue. The subject should always be the most important aspect. Whether it takes the form of a print magazine, blog, Twitter account or podcast should merely be a matter of distribution.

Don’t be a perfectionist

As much as perfectionism is heralded as a good thing, most of the time it’s just a total pain in the arse. There is a time and a place for it but if you’re going to be running this thing on your own – at least at first – you can’t be spending two hours quibbling over whether to run an image in colour or black and white. On one of the past issues of Popshot, there was an uneven border on the cover of the magazine. The printers had trimmed the covers wrong and what should have been an even 6mm border all the way around, wasn’t. The copies had already been delivered to the fulfilment house and Popshot’s distributors, and the new issue was officially being released the next day. The first option was to recall all of the copies and send them back to the printers, who would then rip every single cover off and print and attach almost 5,000 new ones. Option two was to let them all go out and get reimbursed for the amount of money that it would have cost the printers to perform that whole operation, which ended up being about 30% of the total print run. I went with option two. Not a single reader even mentioned it. Moral of the story? Perfectionism doesn’t always pay.

Be careful with your brand and have a killer website

Never ever underestimate the power of design and the strength of a brand. Many of the most respected magazines in the world have a super tight design aesthetic that goes across everything that they do, as well as a website that’s clean, clear and easy to use. It’s not rocket science really, but it’s amazing how many people get it wrong. If Popshot wasn’t designed the way that it is and didn’t have such a strong relationship with illustration, it wouldn’t be anywhere near the current print run of 5,000 copies, even if the writing was the same. When selling the magazine to distributors in other countries, all they go on is a one page PDF that outlines what the magazine is and includes a few sample spreads. They might go on to your website to find out more but they’ll rarely read the magazine before placing an order. They just don’t have time. Therefore, if Popshot didn’t look too good, I can say with quite some certainty that it wouldn’t be stocked in more than 20 countries worldwide. If you want a great example of a magazine that has a brand and lives it in every single aspect, look no further than Monocle.