One to Watch: Freddy Thorn 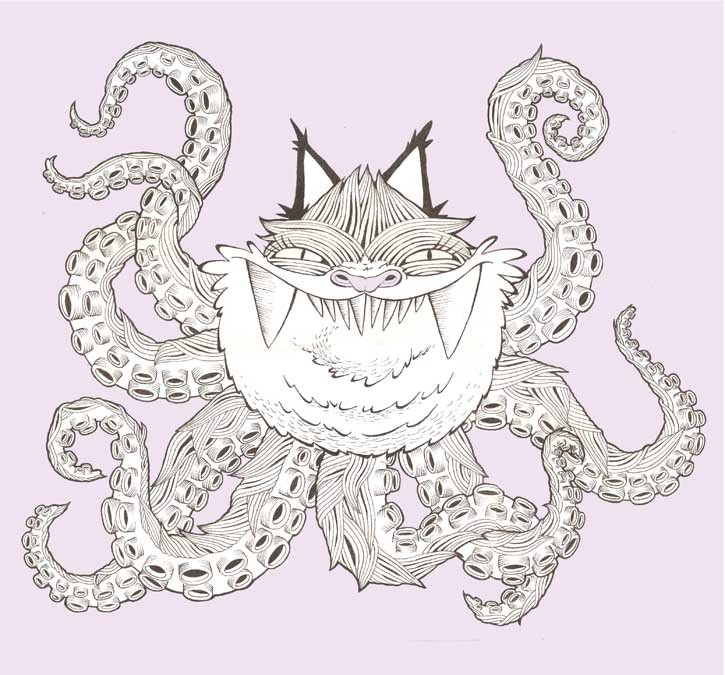 Freddy Thorn is an Illustrator who sometimes writes bios about himself in the third person. Currently based in Chester, he graduated from the University of Lincoln in 2010. Freddy favours the hand-drawn approach for his art; using good old-fashioned pens, pencils, inks and watercolours (okay and sometimes Photoshop, but only the good old-fashioned type). Whilst at first glance his work may appear to be in somewhat of an abstract style, he actually solely draws photorealist art, it just so happens that the real life characters he chooses to draw are monstrous freaks of nature. To date, Freddy has produced drawings for editorial articles, posters, t-shirts, flyers, skateboards, greetings cards, and once to help out his housemate who couldn’t grow a real moustache.

I met Freddy Thorn on the internet. And like many casual liaisons via the web, it turned out he was using a pseudoname (his real name is Dave). Having emailed back and forth for a while, and worked on a few projects on and off (you can see some of them on his blog here) – nothing serious you understand- we began to consider a more committed relationship; a long term collaboration. Like most ill-advised net trysts, we kept talking about taking it further but never managed to go the full hog. Despite our repeated failures to commit to some sort of writer-artist pairing, I can’t help but  love Freddy’s style. He reminds me a little of Escher, but with a down-to-earth vibe and a streak of comedy. His characters are straight out of Wonderland and have a nice smudge of darkness to them too. He manages to pull of all of this with a cartoony sheen. He also ‘writes good’- you can see his tweetings and fings on his Twitter here. Basically, he’s pretty awesome.

You can see more of Freddy‘s work on his blog www.the-drawn-identity.blogspot.com.