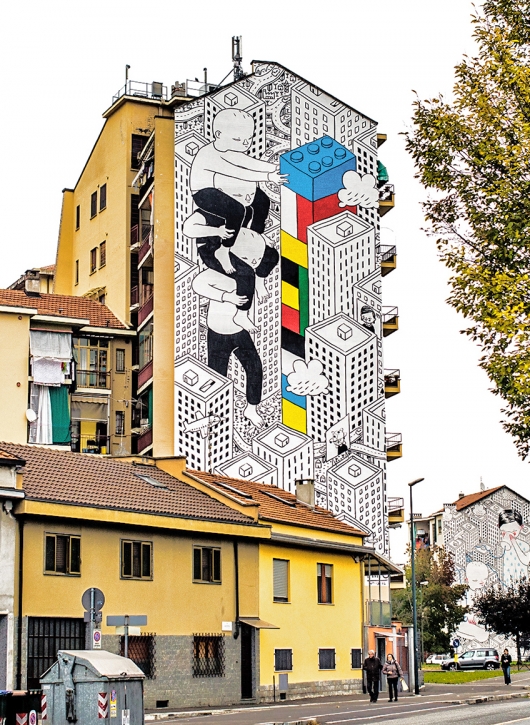 Street Doodler Millo scribbles on buildings in black and white, with only an occasional bold dab of colour.

One of his most recent projects was 13 large murals in Turin, Italy, and the results are mindblowing. Intricate, brave and mostly monochrome, these pieces bring alive the architecture of the city. The drawings go against the graffiti mould and are incredibly stylised with a childlike softness. If walls could talk, then these ones would have one hell of a story to tell.

The concept of ‘the city’ is tied into all the designs, with one showing a LEGO skyscraper, and another showing a couple curling up underneath a building bedspread.There’s a surreal element in there too – and in these images play blurs with real life. The scale of the doodles is pretty impressive, and Millo definitely thinks BIG!

Millo, also known by the name Francesco Camillo Giorgino was born in Mesagne, Italy, in 1979. His work is exhibited around the world from Rio to London.

You can see more work by Millo on his website www.millo.biz.