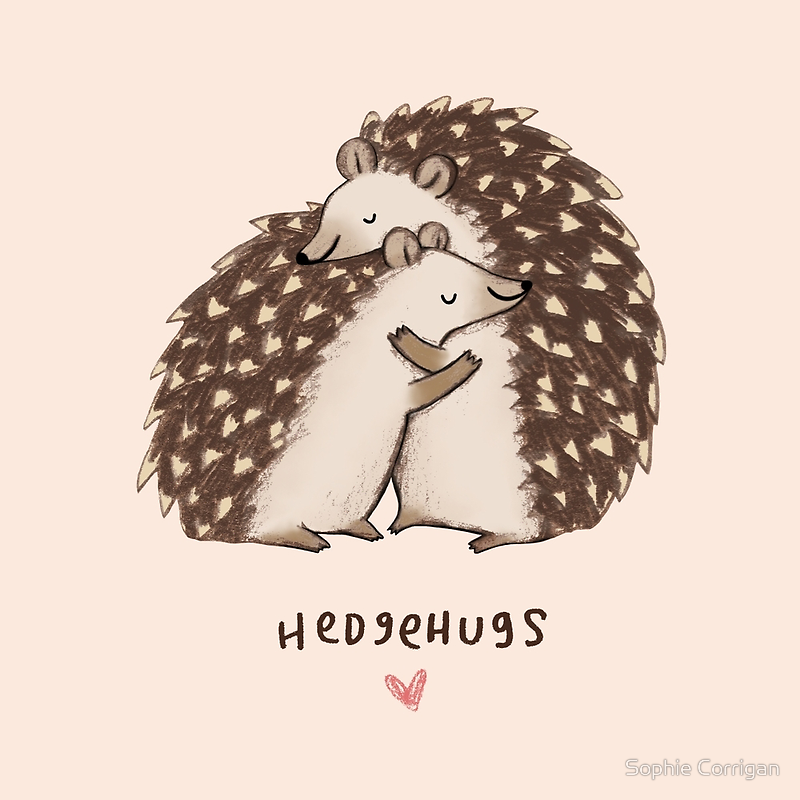 The rare, industrious species known as the ‘S. Corrigan’ can be found in the dale of Lancashire.

The Corrigan spends her days jabbering about children’s books, daydreaming about traveling and occasionally crafting small creatures from felted wool. Partial to the occasional Attenborough documentary, this curious being also spends her time penning designs for Hallmark Cards. Living in a sweet shop nest, this sugar-happy specimen loves animals and nature. Having studied Illustration at the University of Central Lancashire the Corrigan can now oft be seen scratching away with her pencil here, there, and everywhere.

We observed the talented S. Corrigan for further research:

What projects have you been working on over the last few months?

I have a couple of on-going projects – my ‘Not Evil Animals’ series, which looks at animals with bad reputations and tries to encourage people to see them from a different perspective, and my ‘Animal Anatomy’ series, where I basically label the important parts of animals. Both are quite silly. I’d really like to have a huge catalogue with both these series, and they’re so much fun to do, so I keep going back to them. Also I’m working on a little story about a bear, which hopefully I’ll be turning into a children’s book in the near future!

How would you describe your style?

Sketchy, expressive, and tongue-in-cheek! I always try to be honest with myself when I draw, and because of this I tend to work very quickly, and usually end up with work that I like or believe in. At the same time, I like my work to have an element of humour – I think pretty much everything in life shouldn’t be taken too seriously, and I want what I do to make people happy. I don’t always end up with what I was expecting, but that’s okay. My work always starts out as a little quick idea in my sketchbook, and it’s only later when I flick through the pages again that I might notice it and take it further on my laptop. I like going crazy with traditional mediums, and just have loads of fun with them, and then later trying to pick out elements of value from my sketchbook, that I can then turn into something digitally. The whole process is really fun for me, and I hope that comes through in my work!

I’d love to illustrate books! That’s my main aim. I’m lucky enough to be doing something that I love to do at the moment with freelancing for a card company, but books is where I’d really like to be. My work is usually based around a really simple idea, which is why I’m comfortable designing for cards, but doing a full completed children’s book always takes me out of my comfort zone and pushes me, in a good way. It’s a welcome challenge! I’d also like to work in an exotic pet shop, or do some research surveys and measure wild frogs, but that’s not really relevant to anything.

What influences are there on your work?

My childhood was filled with book illustration and animation that completely shaped what my interests and likes are today. To name just a few, the work of Tove Jansson, Quentin Blake, Richard Scarry and Lane Smith has influenced what I do so much over the years, and my favourite artists include Donna Wilson, Katherina Manolessou, Sara Ogilvie, Pendleton Ward, and Lorna Scobie. I tend to find a lot of inspiration doing things like browsing Paperchase and reading Anorak magazine – there’s just so much great illustration work out there, we’re really spoilt for choice! I’m also influenced by what I see in the natural world, as there’s always something new and interesting to find out there if you keep an eye out. That’s one of the reasons why I’m so into watching documentaries – I sort of see it as ‘research’!

What clients do you have under your belt?

I’m really just starting out when it comes to approaching big names, but I’ve worked with Hallmark Cards for a few months now, and I’ve done some work for the environment-conscious charity Healthy Planet. I’ve also done lots of personal commissions, including portraits of people and their pets, which are really fun to work on!

Can you tell me a bit about Leo’s Lost Donut?

Leo’s Lost Donut was my final project at Uni – a rhyming children’s story about a baker who loses one of his donuts, and goes out looking for it. Eventually he finds it has been used as a nest for some magpie chicks! I worked in the medium of collage, to really test myself (I’d never used that medium before) – I painted the characters, cut them out, and arranged them on a painted background – it was very time-consuming, but it turned out to be really fun! The character of Leo himself came out of nowhere really, at first he was going to be a flamboyant French baker in Paris, but eventually he ended up a bit more unassuming, in a small donut van in a park. He’s super-silly and child-like, yet responsible and a hard-worker! I’ve always thought donuts were quite funny and interesting looking snacks, so that’s why he became a baker. I liked the idea that birds sort of live on a different plane to us; a lot of the time you have to look up to see where they are and what they’re doing, so I thought that would work great in a book. That and the fact that birds are also really intelligent and sneaky – one time I was dive-bombed by a seagull while I was eating a sandwich. I looked up and you could see them watching and waiting for a prime opportunity to dive in on somebody’s food, and I thought whoa, these birds have it all planned out. They’re like a gang! So, at first Leo was the target of a gang of birds, but somehow that seemed a bit inappropriate for a children’s book, so I made it just one sneaky magpie who was looking to build a nest. I think there’s loads we can learn from how animals use the environment to help them, they’re fantastic recyclers and only use what they need. Birds are especially creative and smart, so they’re the perfect stars of a children’s book!

How long did it take you to put together Bramble Wood?

Bramble Wood was an absolute labour of love – it’s something I intend to revisit! I gave myself a really simple brief – to do a children’s interactive activity book based around a woodland theme. I also made myself experiment with as many different mediums as possible, to try and cater to the excited mind of a child. Over time, and because I was really into the subject, little mini stories developed between the characters I’d created, without me really putting much thought into it. It took a few months to complete, but it really didn’t feel like work. Each page took lots of thought and planning, and I spent a lot of time on each one changing and tweaking it – but it was totally worth it, as I think it’s still the thing I’m most proud of.

Can you tell me about Axolotls?

Axolotls are magical aquatic creatures that actually exist but look like they can’t. They have cute, smiley faces, and are like babies all of their lives – the majority of them never leave their juvenile state and crawl onto land as salamanders, and because of this they’re sometimes known as ‘peter pan fish’. Science is really interested in them as they can re-grow parts of their bodies, like their legs and tails, and even their brains. They can only be found in the wild in a couple of mysterious lakes in Mexico, and are sadly endangered. They have been bred in captivity though, and make fantastic little pets. I love them because they’re adorable, yet have a hint of creepiness about them. I currently keep three of the little tykes; Marceline, Max and Johnson, and I can tell you from experience that they’re actually really smart. (They say hi, by the way!)

You can read more about Sophie on her site here: www.sophiecorrigan.com.