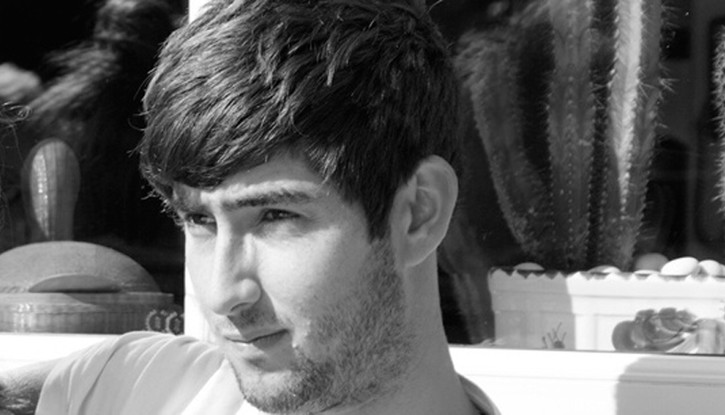 Poetry innovator, illustration groupie and generally awesome literator Jacob Denno is the Editor and Founder of Popshot Magazine, a mag that fuses together breathtaking illustration and tear-jerkingly, tummy-clutchingly great writing. You can buy the Imagination issue of Popshot here. Popshot is sold around the word and has a circulation of  around 4,500, a pretty impressive feat for a poetry mag. We poked some words out of Jacob, including a neat lil haiku about pencils. Enjoy.

Can you tell me a little about yourself and your background?

My name is Jacob Denno, 26, Editor of Popshot Magazine since the tender age of 21, with a background as a meandering bum before that.

How did you get the idea to start up Popshot?

The magazine was born out of a slight frustration at the way in which poetry magazines were presenting themselves and ultimately, presenting poetry. I loved reading poetry but couldn’t find a single magazine on the shelves of Borders that was stimulating that passion. Most of them made poetry seem really difficult to engage with. I naively felt that I could create a magazine that would engage with younger readers and dispel the myth that poetry was a bunch of outdated bollocks that had no footing in the modern day.

The mag was begotten in 2008, how do you think it has changed since you first had the idea?

It started as an A5 poetry and illustration magazine, white text on black pages, with a pretty strong mission statement to tear poetry away from the grip of the fusty poetry establishment. Since then, the pages have turned white, the text has turned black (white on black is pretty hard to read), the format has become bigger, interviews with poets and illustrators have come and gone, short fiction has been added, the angst against the poetry establishment has disappeared, it’s been rebranded, relaunched, and is now sold in 20 more countries than when we started. There’s also a digital version as well, and a hoard of subscribers who we love to pieces.

What’s in store for the mag in the next year?

I just want to keep making every issue better than the last, keep seeking out talented new writers and illustrators, and make sure that the magazine is well positioned for the future. There’s a possible collaboration in the pipeline that I would be very excited about if it came off but I have to keep quiet about it for now…

Do you doodle yourself?

I used to. I had a few illustrator friends who made a big impression on me when I was about 18, and I used to stay up until the wee hours doodling these little zines. I still have them somewhere but I don’t do it anymore. When you get to work with illustrators as mind-blowingly talented as the ones that feature in Popshot, it suddenly raises the standard to levels that I cannot achieve! Now my doodles are mainly reserved for birthday cards.

Are there any illustrations that have been in the mag which have really stuck with you?

Yeah, most of them actually. Naturally some stand out more than others but you spend so much time looking at the illustrations each issue that most of them stay with you. The six illustrations that were chosen to become Popshot prints are some of my favourites from the first five or six issues.

What are you looking for when you pick a piece of writing?

The main criteria is that it’s a story or poem that reads seamlessly. If we’re having to stop every few lines to try and work out what the writer is saying, we’re not going to get lost in it. Good writing is writing that we shouldn’t want to stop reading, regardless of the subject matter.

How do you choose the theme for each issue?

It usually just comes to us, most often as a result of something that we read in the issue before that we thought would be interesting to explore further. Naturally there are certain criteria that the theme has to fulfill. It has to be broad enough to allow for a number of different interpretations whilst being narrow enough in order to actually be a themed issue. There are some themes that I love the idea of but since you only have one word to work from, it’s super important that the word is multi-faceted. I think we nailed it with ‘wild’.

Why did you choose to have no adverts or sponsors?

Mainly because we didn’t need them. The magazine was covering its costs by Issue 4 and although I had a brief stab at trying to get advertising for the magazine before that, none of the people that we wanted to advertise in Popshot had any budget. The people that did have the budget we didn’t really want to advertise, so after that I left it alone.

Do you think print is in it for the long haul or a thing of the past?

Do you have a team of minions to help you put the mag together or do you go it alone?

There are three of us that work on Popshot. I do the lion’s share but it’s great to have other people to bounce ideas off and help contribute. I used to be very closed-minded about how the magazine should be but as time has gone on, I’ve become more and more interested in what other people think, and especially in what the readers and subscribers think.

Are serif typefaces your sworn enemy?

They used to be! In the early days, serif = establishment, and sans serif = the new blood. Now that I don’t have a problem with the establishment though, I’m a fan of all typefaces! Maybe one day Popshot will go 100% serif…who knows?

Can you write me a haiku about pencils?

a sharpener is hardly

a pencil at all

You can buy your copy of Popshot here.