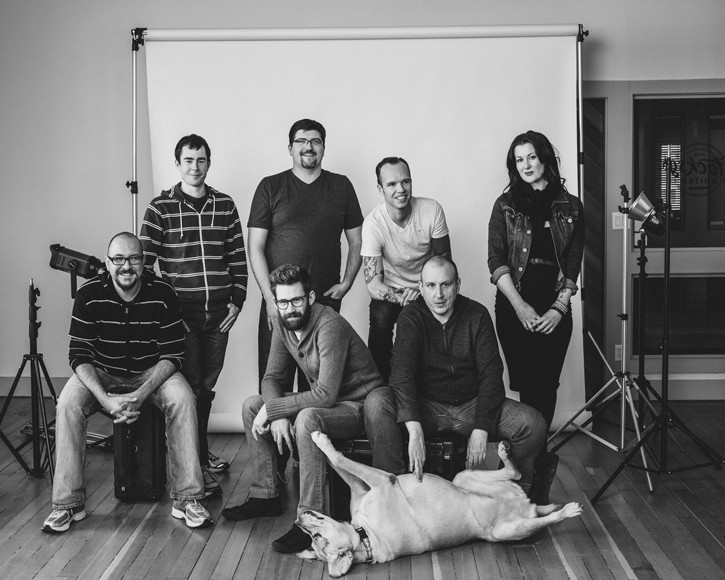 They’re all around us; on the pieces of direct mail that pop through your letterbox, on the website you were perusing on your lunchbreak, in the magazine you flicked through on the train, maybe even on the email you got just now. As our world becomes more and more design-focused, quality stock photographs become more and more vital.

We spoke to Bruce Livingstone, founder of stock photo giant iStockphoto, and one of the people behind the new, innovative stock photo company Stocksy, about how it will revolutionise the industry.

Can you tell me about how you came to setup iStock?

I didn’t realize in 2000 when I asked the designer/photographer community forming around iStockphoto if they would support a small fee per download credit, that it would be the start of what became known as the microstock industry. I was just trying to build something innovative and cool.

How is Stocksy different from iStock?

Stocksy doesn’t look like other stock agencies because our creative team closely edits and moderates all incoming content for photography that is unique, inspiring and authentic. We then curate the best of our content, making every search for designers deliver superior results. Unlike iStock, you will not have to sift through ‘filler’, uninspired duplicate images, or pages upon pages of isolated white backgrounds. Our financial model takes the typical business agenda and flips it on its head. Meaning, the majority of our profits are given back to the artists, with 50% royalties and 100% payouts on extended license and yearly dividends to our shareholders— the shareholders being our photographers. Stocksy, [unlike iStock] was set up as a co-operative, to promote sustainable careers and ethical business practices.

What made you decide to set up Stocksy as a cooperative?

After iStock we realized we hadn’t accomplished what we’d set out to do. With Stocksy our ambition as a co-operative was to create a business that celebrates and champions it’s community, that listens to the needs of artists and designers, supports careers through sustainable economics and collaborative relationships. We promote and inspire creative growth that evolves with industry needs.

Can you list some of the photographers you’re working with at Stocksy?

What is your background?

I grew up in the sprawling suburbs in the Canadian prairies, a wasteland of culture and completely ordinary. By day I worked as a clerk at a company called Image Club Graphics that sold photography, fonts and clipart in the early 90s. At night I played drums in a two piece punk rock band called The Bittermen. As technology evolved, my job became redundant, and I was asked to come up with a new position for myself, that’s when I came up with the groundwork for what would become microstock— which at the time, was rejected by my boss. I left Image Club and borrowed funds to the start my first three companies, one in graphic design, one in web hosting and iStockphoto. The band broke up in 1996 and over the next 10 years I worked tirelessly building these businesses. In 2006 Getty acquired iStock and a year after they bought my design firm which became Life.com. The web hosting company is still going after 17 years.

What advice would you give to someone setting up their own company?

You can’t force brilliance, so don’t waste time trying to reinvent the wheel. Instead form your company into a product that improves and/or inspires your life, or you know will do the same for others – in the most candid and elegant way possible. Now that you have the idea, strip it down to its simplest concept, keep all those complicated wishes tucked away in a journal until later – in the beginning they’ll just weigh you down.

How do you think the internet has changed the place of the image in our society?

Popular image bookmarking and sharing sites have created an insatiable hunger in hoarding good photography. Subsequently, everyone’s eye has grown incredibly sophisticated. This savviness has grown the demand for authenticity and the hunt for incredible moments.

What do you think the key element of a great photograph is?

Capturing the moments we take for granted and waves of inspiration that you should be chasing down.

What model of camera do you own?

I own a pile of used and abused cameras, including vintage models, toy, Canon and Leica. Most of the time I don’t carry a camera, so I just shoot with my phone like everyone else.

You can read more about Stocksy and look through the lovely images on their website here www.stocksy.com. Top image is of the Stocksy team, and the other images on this post are examples of Stocksy images.