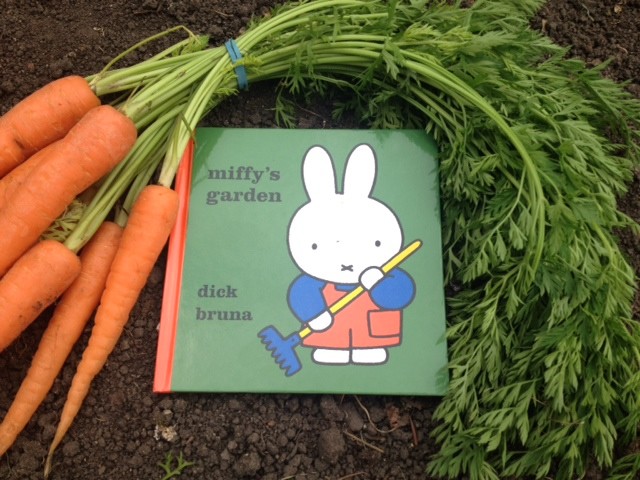 Inspired by Matisse, Miffy is drawn in a minimalist style, and it is her simple, clean lines and colours which have led to more than 85 million copies of the Miffy books being sold worldwide.

Today (Saturday 21st June) is Miffy‘s birthday. Her 59th birthday to be exact! And to celebrate we’re giving away 5 copies of Miffy‘s Garden. Many of the Miffy books have recently been updated for a modern audience by poet Tony Mitton and this is one of the lovely new versions!

Why not wish Miffy a happy birthday? She’d love to say hello and if you’re lucky she might even offer you a slice of carrot cake!