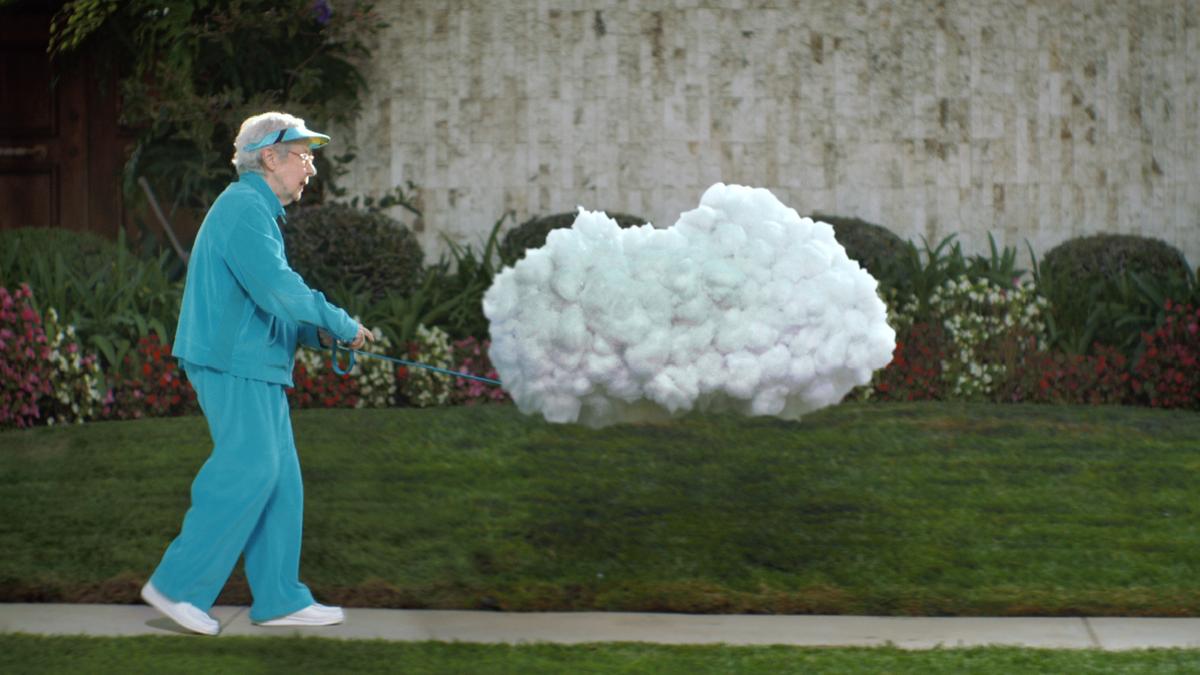 There once was an old lady with a grumpy Skittles-shedding pet cloud.

This strange but loveable concept is whipping up a storm on the web. The three Skittles adverts, each showing fluffy cloud Freddy on excursions with his little old lady owner, are both charming and funny.  Proving that making sense isn’t part of the recipe for viral success, this gem of a campaign by DDB Chicago has hit the sweet spot of the Internet.

Whether you want to see Freddy go to the vet or the groomers, or just a quick walk ’round the block, this series of adverts are so obscure and loveable that it’s hard not to stick them on repeat. Trumping their Midas-touch adverts, Skittles have somehow managed to use the tenuous link between Skittles, rainbows, rain and clouds, and make it work.

From the scene at the vet where Freddy looks ‘a little under the weather’ until he gets his rainbow shot, to his trim at the pet salon, these bite-size cloud adventures will no doubt leave a generation of kids asking where they can get their own cuddly little cumulous clouds.