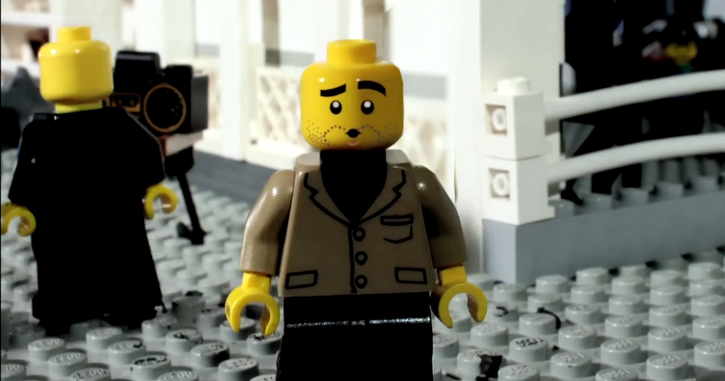 Who’d have thunk it? An ad break entirely in LEGO.

To promote the launch of The LEGO Movie last month, ITV ran a whole advert break portrayed in these trusty little bricks. With brands including Premier Inn, BT and Confused.com all mucking in for the fun, the result is a rare ad break that’s got more clout than the show it interrupted. This little LEGO masterpiece is not to be missed!

Running spliced within the show Dancing on Ice, the unusual ’tisement was the brain child of agency PHD alongside Warner Bros. and in collaboration with ITV and their agency Drum. That’s a lot of creative peeps involved for just three and a half minutes of action.

And if to see such an unusual spectacle we have to be in the peculiar situation of watching an advertisement within an advertisement, then that’s fine with us. After all, who doesn’t love a bit of nostalgia now and then?!

You can watch the whole glorious thing here:

These LEGO scenes were physically put together by ITN Productions in collaboration with Bricksports. Bricksports being the go-to folk for building scenes from LEGO, having done it in the past for all sorts of sporting extravaganzas.

Since the advert was shown, Confused.com has released a video that gives a little bit of insight into how their BRIAN the robot slot was put together. You can watch this nifty vid below:

And while we’re on the topic, we love MonsierCaron, who went ahead and put together an unofficial stop motion LEGO/The Simpsons couch scene… voila…

The perfect appetiser for the episode of The Simpsons in May that will be entirely in LEGO.

We’ve spoken about our passion for these cute bricks before, and you can read our last blog post on them here.

Anyway, what we’re basically trying to say is that LEGO is awesome, The Simpsons is awesome, and creative people are awesome. The end.