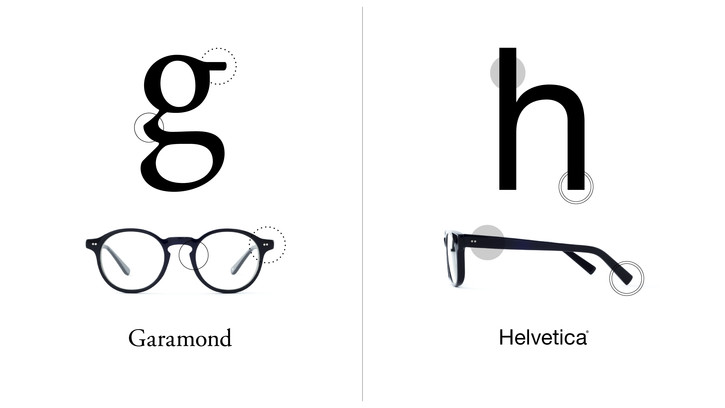 To serif or sans serif, that is the question – a typographic crux that has tormented creatives from the days of the stylus through to our present digital generation.

Everyday font wars play out on products and ‘propaganda’, each one battling for attention; for a moment of our appreciation or disdain. The weight on the shoulders of designers and illustrators is palpable at the prospect of briefs for dynamic logos and brand identities that require packing in their clients’ heritage or contemporary traits – or both as is often the case – into one slick gesture of typographical embodiment. Before even thinking about axes, baselines, caps or kerning, there is the not so small detail of which font to use. Who’s already picked up on the use of Lucinda Grande for this blog? In an age of online publishing, the signifiers we emit to the critical eyes of the World Wide Web not only include the content of our 140-character soliloquies or snap-happy selfies but also critique towards our taste of not what our words say, but how they look.

Before computers there was the printing press and before that there was the trained hand. Give me a quill today and I’d probably serif the life out of every letter and punctuation mark on the page with enough flourishes to make the Rococo period blush. The bygone signifiers of one’s own character through means of skill and technique, such as calligraphy, possess a potency equal to today’s concern for identity through the codes of computer-based platforms that favour the modernist lines of sans serif. There is no doubting my personal online persona as a writer and artist drags the quill to trash as quickly as you can say ‘Baroque’. I confess I am not one for typographic technicality and wouldn’t consider myself the ‘font of knowledge’ on the matter, but I’m fully aware of the loaded symbolism fonts bear, which result in an almost narcissistic approach when deciding how and what you want to project of yourself with or without a ‘projection’ on your Ps and Qs. Are you a traditionalist, a hipster, or an ironic hipster who rolls with the classics? These labels are enough to give anyone a headache à la ‘Curlz’.

We need only look at the furore typeface commands across all aspects of society to understand its cultural significance. Take Internet giant Yahoo! who replaced its whimsical serif logo, which had gone through slight modifications since its conception in 1995, with a thinner, sans serif style that unimpressed Silicon Valley as well as the global online community. In 2012, loyal followers of fashion reacted unglamorously to the decisions of newly appointed designer Hedi Slimane at the house of Yves Saint Laurent, who was to not only drop the ‘Yves’ in the luxury brand’s name, but replace the established italicised logo with a contemporary and bold Helvetica-inspired typeface. Then we have the font trendsetter, film director Wes Anderson, who has earned a cult following for both his meticulous visuals as well as his use of the early 20th century typeface Futura, showcased in his 2001 indie masterpiece, The Royal Tenenbaums. Arguably one of the most famous tastemakers of the 21st century, Anderson’s ritual of giving each of his onscreen characters personalised stationery has created memorable close-ups of beautifully considered fonts that now flood the pages of Pinterest and Tumblr with similar geometric sans serif styles in homage. Look out for new font on the block ‘Archer’, a blocky serif font, which Anderson has picked for his latest creation, ‘The Grand Budapest Hotel’ which will be released later this year.

Japanese design studio TYPE takes the ‘what does your font say about you’ question to new levels this year with the launch of an eyewear collection directly inspired by typeface. Spectacle arms take on Helvetica’s solid sans serif design while the accents from the Garamond family are incorporated onto the bridge of a classic keyhole frame. Each product is available in light, regular and bold styles and will undoubtedly be popular with those in the design crowd who wish to wear their typographical allegiance with pride.

To serif or sans serif – where does your loyalty lie?