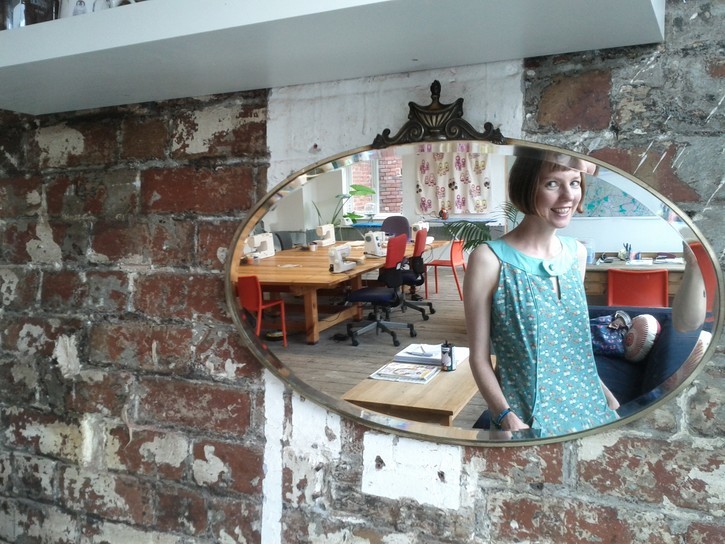 A crafting craze has taken the UK by storm in recent years. In workshops all over the country, crafters can be found with their latest project in hand; chatting, drinking tea, and letting their creativity run wild.

Emma Kent, a self-confessed craft junkie, set up the Sheffield-based crafting workshops Running With Scissors in 2009. Inspired by the craft lounges she visited in the US, and influenced by the recent apperance of similar workshops in London and Manchester, Emma took the brave step of launching her own. Classes are diverse, ranging from classics such as ‘Knitting for Beginners’, ‘Dress in a Day’ and ‘Zips and Buttons’, to ‘Creative Print Making’, ‘Willow Weaving’ and ‘Make Your Own Lampshade’.

Emma teaches a number of the classes personally, but also brings in crafting experts from all over the country to lighten her load and help offer their skills in specialist areas. Offering workshops, private tuition and even craft parties for hen nights and birthdays, Running With Scissors has become a creative outlet for many keen crafters across the city.

Attributing the rise of self-sufficiency in less affluent times to the increasing popularity of crafting, Emma believes that people are approaching craft in an attempt to make by hand something they would have previously bought. ‘People generally have less disposable income at the moment, and the make and mend culture has really taken off again,’ says Emma. She elaborates, ‘the skills aren’t being passed down the generations like they used to be, and now people are developing the urge to learn for themselves. We welcome people of all ages to the workshops, and make sure that we encourage the older members to share their hidden skills with the younger ones’.

But there’s another aspect of crafting that Emma is sure has fuelled its popularity, the social side. ‘People are living so much of their lives online these days; it’s easy to get lost in a virtual world,’  she says. ‘With the rise of social media, and it being so convenient to keep in touch over the internet, people don’t engage in the same kind of way anymore. There’s less face to face interaction. People miss that!’

Running With Scissors hold craft workshops in a number of venues throughout Sheffield. For details of the classes available, visit www.rwssheffield.co.uk/workshops, contact Emma on 07901 875 599 or email [email protected]

This post was written by Ellie Storey, one of the latest Ohh Deer bloggers. Ellie works as a Copywriter for a Sheffield-based digital marketing agency, Seven Creative. Their website can be found at www.sevencreative.co.uk.