Focus: One Night Only 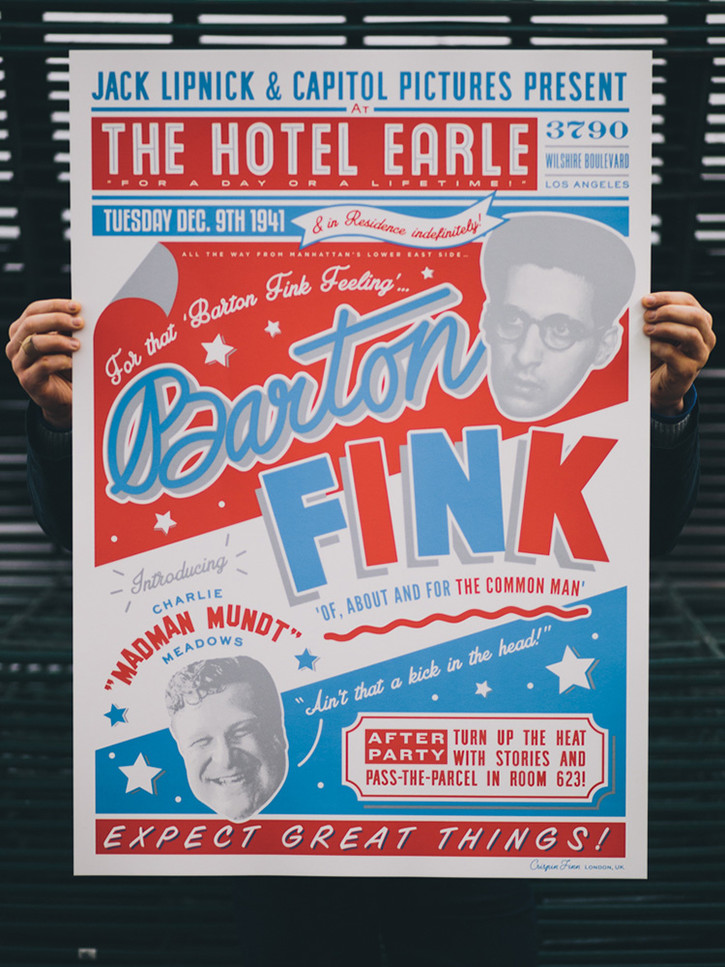 The release of the infamous Coen Brothers’ latest film ‘Inside Llewyn Davis’ sparked iconic film mag Little White Lies to not only use the film as the cover on their 51st issue, but also to host ‘One Night Only’, an exciting and unique poster exhibition based around the hypothetical concept, ‘Imagine if every Coen brothers movie was a music concert, what would the tour poster look like?’.  Seven illustrators from the USA and UK, including the likes of Crispin Finn, Joe Wilson and The Little Friends of Printmaking, were each commissioned to reimagine Coen classics for a small exhibition that ran from 23rd January to 1st February on Leonard Street, London.

The seven posters, though all responding to the same brief, differed greatly. From graphic shapes, and detailed illustrations to exquisite typography, ‘One Night Only’ showed a great display of both illustration and design talent. The body of work will appeal to a wide audience, from film and music lovers to print enthusiasts. Each design was carefully printed in a run of 50 by Bath-based White Duck Screen Print.

It’s the first time that Little White Lies and White Duck have worked together on a project, and hopefully it will be the first of many exciting collaborations! Although the exhibition has come to an end, the prints are still available to view and buy online here. The interesting and hypothetical nature of the brief seems to have pushed the artists to create some really fascinating work packed full of imagination. In an era where many gig and film posters are saturated with glossy, Photoshopped celebrities, these theoretical prints are a breath of fresh air.

For anyone keen to get involved in a project of a similar vein, combining music and print, Print Club London‘s notorious ‘Blisters‘ poster showcase are looking for submissions ’til 31st March, and this year’s theme is ‘Sound Sessions’. ‘Sound Sessions‘ is based around the theme of music, asking creatives to create a print based on a song, artist or album without using the name of the artist, song or album in the work. For the past four years Print Club London have run impressive screen print exhibitions featuring work of creatives ranging from students and amateurs to well-renowned artists, and there’s always a fantastic range to enjoy.