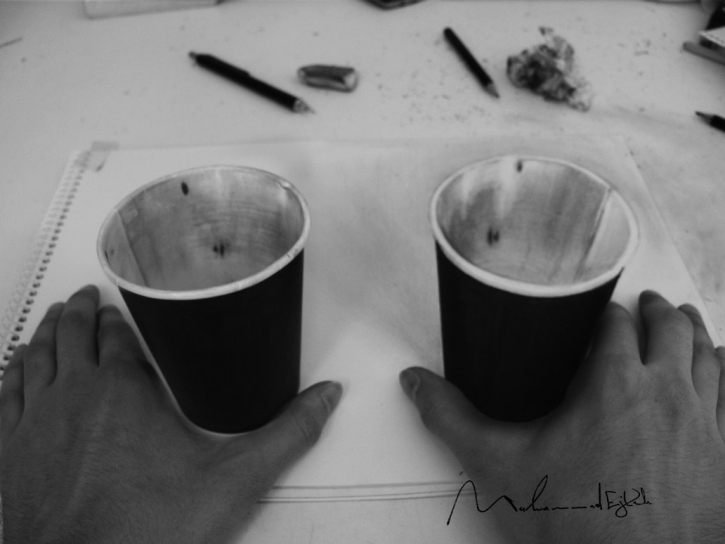 The last year of university was busy, stressful and hard. But it was also one of the best and most rewarding times of my life. Upon returning home after three fantastic years of studying with my friends, it soon became apparent that choosing to pursue a career in the creative industries was most certainly not the path of least resistance.

I had been fortunate enough to get some fantastic opportunities on finishing uni, but even these did not shield me from the realisation that I had finished education and entered ‘the real world’. When I wasn’t drawing, I tended to find comfort in motivating YouTube videos such as Baz Luhrmann’s Everybody’s Free (to wear Sunscreen) and the ever uplifting Oh, The Places You’ll Go by Dr. Seuss. Combined with many a Pinterest quote, these created a potent mix of inspirational, contradictory, and unrealistic messages. Then someone showed me a video about life after graduation by Antwerp-based collective ‘Studio Fluit’. It had a lasting impact. An honest message communicated in such a fun, lighthearted way by others who had ‘been there, done that’, and had managed to make it out the other side.

I asked Studio Fluit a few questions about their inspiring video and their responses were almost as good as the short itself:

How did the performance come about?

We were asked by one of the people who organises Integrated to give a lecture. We freaked out a little; because this was of course an amazing opportunity, but also quite terrifying. Neither of us were looking forward to talking in front of hundreds of people, though we were extremely excited about being a part of Integrated. So we got together and started brainstorming. We pretty soon decided on making a short animation film, which is the perfect way of talking about stuff without actually saying anything. We also decided to show our work really quickly, near the end of the ‘lecture’. Then Eva jokingly said something about dancing to a poppy, percussiony trance song from the early 2000s during that slideshow, and immediately regretted it when Vincent and Naomi responded very excitedly. So we made the animation short, a slideshow of our work and some scary costumes to wear on stage during our performance. Though our choreography looks insanely professional and complex, every move we did on stage was completely improvised.

What inspired you to speak about life after graduating?

The three of us had been to Integrated twice before. Both times we were confronted with successful artists, designers and illustrators. Both times we were in awe of their work and their careers. Both times we went home thinking that one day, that could be us. In school, no one told us about the harsh reality of being a young designer, instead teachers gave us cool assignments and made us do internships at some great studios. So in 2012 we graduated and all felt kind of lost.

Things have only started to get better this summer; people seem to like Studio Fluit, so we’ve gotten a bunch of cool commissions the past couple of months. So, you know, we might still become one of those successful artists that once blew our minds with their amazing careers. A lot of newly graduated designers who are currently crying while reading this probably can. Integrated’s target audience is students or young graduates; we wanted to give them a little reality check, but also a message of hope. Sure, everything is going to be horrible for a while. Sure, you’ll feel depressed and jealous and worthless and extremely hungry near the end of the month. But one day, you’ll probably be okay.

Any more advice for recent graduates?

If you have to take a crappy job because being an artist won’t pay your bills; at least try to have a little fun at work, even if it involves cleaning other people’s messy toilets (we’ve all been there). Keep on drawing or designing or painting or sculpting or singing or writing or programming or dancing, or whatever it is you love. Try to be nice to everyone, even if life is being a bitch. Watch Babe (if that little pig can become a sheep dog, you can definitely become a big shot designer) and read ‘Naïve. Super’ by Erlend Loe. Remember that time is relative. Just relax, little ones. You’ll be fine.

The main thing I have taken from Studio Fluit‘s video is that I need to work hard and try and stay positive and motivated. In my first year one of my tutors told me that you had to live, sleep and breathe design and illustration if you really wanted to make it. I didn’t  fully understand what he meant ’til now. Even though graduation is an awkward time in life, it is a great chance to spend some time experimenting and really honing your craft, that and having the time to watch Babe at least once a week.

Studio Fluit is telling you everything will be okay / Performance Integrated 2013 from Studio Fluit on Vimeo.

This post is by Alice Bowsher. Alice is an Illustrator, and graduate of Bath School Of Art And Design. Now working freelance in Leicestershire, she loves most things that are funny and involve animals. She is also excited to be one of Ohh Deer‘s most recent bloggers. You can see her portfolio and find out more about her at www.alicebowsher.co.uk.