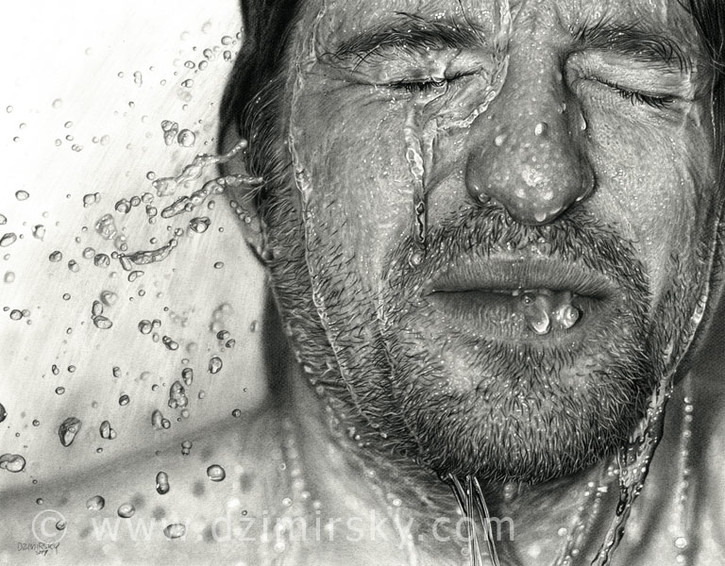 When I was a photography student, my professor read a quote to the class: “I’d rather see a fuzzy picture of a clear idea, than a clear picture of a fuzzy idea”. To this day, the quote resonates with me – it’s something that I often think about.

One genre of modern art in particular makes me go back to that quote again and again, Hyperrealism. I’m sure you’re familiar with it, posts like ’15 Paintings You Won’t Believe Are Not Photographs’ are everywhere on the Internet these days. Partial towards portraiture and still life, Hyperrealism chooses to explore the most mundane objects: cereal boxes, dishes in the sink, or groceries in a plastic bag. Perhaps it is Pop Art making a comeback in the spirit of the 21st century, but personally, I like to call it ‘the new trompe l’oeil’. Visually impeccable, these still lifes tend to elicit polar opposite opinions from the viewers; some admire them for the sheer craft of it, and some go as far as call the artists who work in the genre of Hyperrealism, ‘human printers’. Of course, the line between art and craft has always been hazy. Another favourite of Hyperrealism, portraits, tend to look exactly like photographs of people, only they are not. What’s more, that’s supposed to be the point. Dirk Dzimirsky, a German artist, captures the emotion of a man who has just had some water splashed in his face. While it shows a moment of discomfort, of vulnerability, of genuine response, would it not be just as striking as a photograph?

The popularity, ubiquitousness and availability of high quality photographic equipment these days is unprecedented. So is the shift in the attitudes towards photography, both as a documentary tool and a form of art. Just taking a picture of a man who had water splashed in his face is not enough, but if you make someone think it’s a photo, then tell them it’s not and you actually painted it, they might look again.

With this tendency in mind, both art consumers and art makers need to ask themselves, ‘are we a little too attached to the asterisk?’, the vital, partially concealed storyline behind a work of art. How important is it that something tricks us into thinking it’s something else? Does it start to overshadow the fact that in certain cases it’s the only thing propping the work, which would otherwise hold little – if any – significance to us?

The quote my professor read to the class that day has always resonated with me, and I think I have finally figured out why. It may just be an elegant way to say that great technique is not enough to create a great work of art. You also need to put something of yourself out there for that to happen. It doesn’t matter whether you create abstract or Hyperrealistic art – as long as you create something that inspires.

Blogger Tanya Kuznetsova is a contemporary vintage portrait photographer, based in London. When not behind a camera, Tanya channels her creativity into botanical perfumery and artisan soap making for Ravenscourt Apothecary. She is a yogi, vegan and a lover of all things weird and wonderful. www.tanyakuznetsova.com.