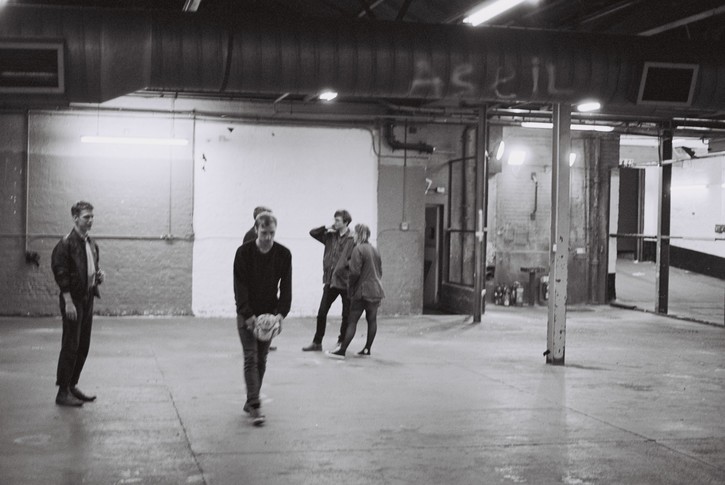 My parents have always told me to make the most of every opportunity that comes my way, so in March when the chance arose to go and live in a car park in London for two months I couldn’t resist. The car park was the same space where Brighton Uni held their degree show, ‘Car Park Show’, last summer, and when it was over, 14 of the students (most from Brighton and a few from other universities) had then continued to live in the space. I wasn’t entirely sure what I had let myself in for, especially as I only knew one of the residents living there but I decided to take the risk and move to London.

For most people I have spoken to, life after graduation has been a tough mix of uncertainty and worry. The car park seemed to become a safe haven where there was space enough to feel free, take chances and make mistakes. It acted as a welcome half-way house between university life and ‘the real world’ and has provided many of us with our first step into London.

We were in a rare and lucky position where we were able to be living in London and concentrating on what we wanted to do creatively rather than working ’round the clock just to afford to live. Working in close proximity with so many other creatives has been incredibly inspiring and a completely unique experience. That being said, it has not always been easy, and you really do have to be a pro-active, positive and self-disciplined individual to make the most of living in a situation like the car park. Everyone was completely independent from home and education, and everyone was going through their own successes, conflicts and problems, but we were all going through it together. ‘Dwell’ brought together all of these issues, triumphs and relationships into one group exhibition and a final farewell to the car park before people moved out.

‘Dwell’ came together quickly over a space of two intense weeks. Everyone pitched in to clean, organise, promote and create pieces for this exciting display of work inspired by the place we had been living and working. A few other Brighton graduates took the chance to come back and create some work for the exhibition and visit the site of their former show. It was amazing to see how much could be achieved in such a short space of time without a system, such as uni, behind us, and even though I had only been there a month and a half, it was a moving experience. The work was of a completely different nature to our respective degree shows, everyones work seemed so honest and personally developed, and it felt as though, we as a group, had really achieved something.

The people whom I have had the chance to get to know over the past two months are some of the most talented and driven people I have ever met, and it is this type of creative community that I am going to miss and hope to be involved in again in the future. ‘Dwell’ was a fitting end to an amazing opportunity and it is with a heavy heart that I say goodbye to the space and the amazing people I have had the upmost pleasure of living and sharing this experience with.