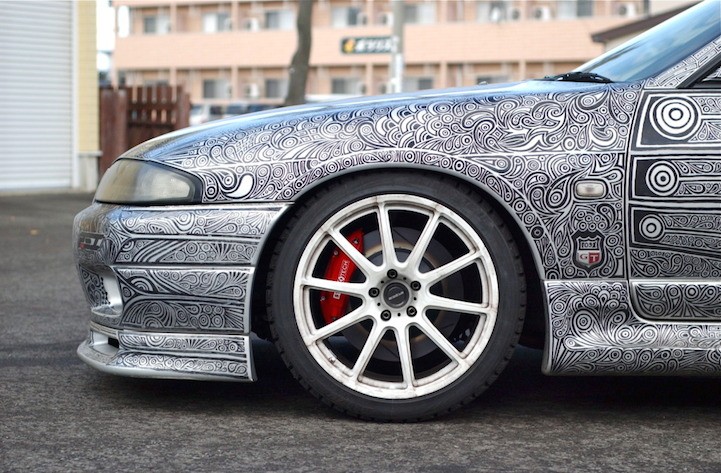 I’ve never really understood the whole car thing, (with the exception of roadtrips and Brum). To me they’re scary, road-dwelling, beeping creatures that aren’t especially fond of the rules that exist at zebra crossings. But, having seen this particular 1995 Nissan Skyline GT-R, I’m happy to take it all back (briefly at least) and jump on the wagon!

This ‘doodle car’ is owned by Collen Kelton and was given its arty make over by his wife Allison. Decorated using a black Sharpie, the whole project took around 100 hours. It started with just a small scratched portion of the bumper, eventually spreading to the main body of the vehicle, from boot to wing mirror.

Collen, who is a member of the U.S. military living in Japan, documented the progress of the mobile artwork bit by bit in all its wondrous doodly Paisley glory on the Skyline Owners Group forum.

We can imagine this little beaut’ zipping up and down highways with the splendour only an illustrated car could achieve. Look at it go!