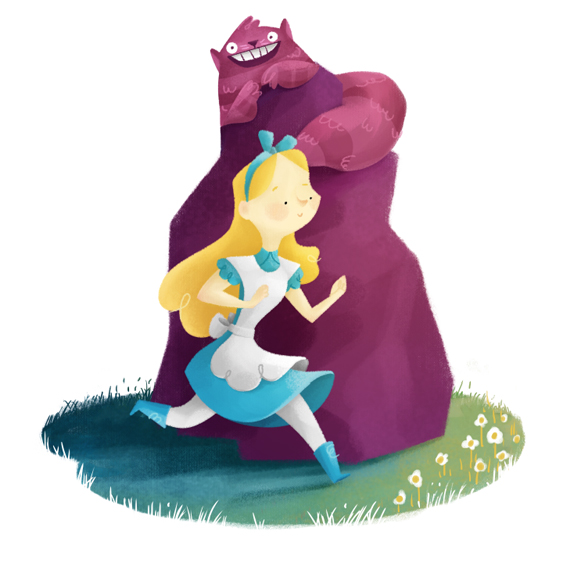 Approximately 2 years ago artist Rafael Mayani began his epic quest to re imagine selected characters from every Disney movie ever produced. The back catalogue, spanning almost a century, beginning with 1938’s Snow White and the Seven Dwarves, up until 2014’s Big Hero 6, is a daunting one. Aside from the sheer number of pictures (54 at Rafael’s count, not including subsidiary studios, collaborative works or straight to video sequels) there’s also the fact that Disney is still THE household name for animation, with an established identity that spans generations.

I really love Rafael’s work, his design language is great, with lots of sweeping shapes injecting instant energy into the gesture of his characters. He’s confident with his colour and retains a recognisable and cohesive style throughout the entirety of the challenge. I’ve included but a few of the final pieces from the challenge (54 images in one post would be a tad craaaazy) but I really do recommend checking out the entirety of his project.

Alongside each illustration Rafael has included various tidbits of information. There’s short reviews of the pictures, insights into the creation/history of specific pictures, and a bit about what makes each of them special to him.

It’s evident from his blog that this was a real labour of love for the artist, it’s also one hell of a great portfolio piece. Links to the project and Rafael’s social media follow below.

Check him out on Twitter, Tumblr and Facebook. Lastly, once again, I implore you to read through his complete ‘Disney Challenge’ on blogspot, HERE.