The Adventures of a Bull Terrier Named Jimmy Choo 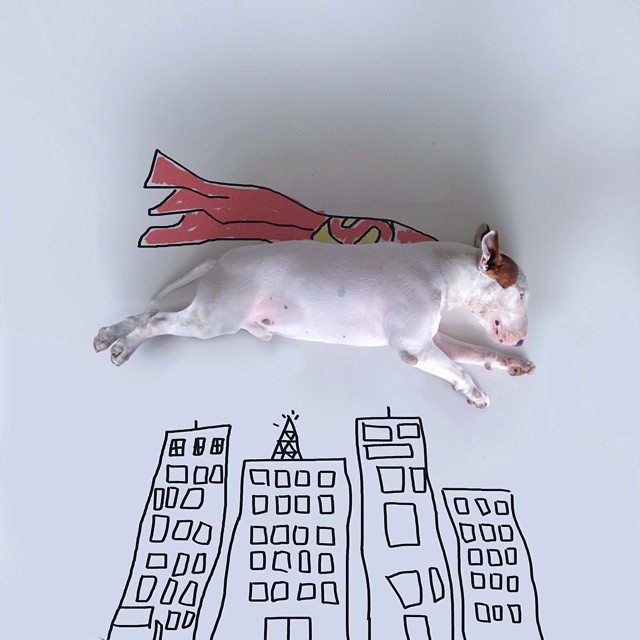 After a divorce, Mantesso was left with a minimalist flat complete with bare white walls and a friendly bull terrier named ‘Jimmy Choo’, and so he started drawing, and including his terrier in his illustrations. The playful pics show the dog playing a whole range of parts including: Botticelli’s Venus, Jaws, Superman, Disney‘s Tramp and even a bank robber.

Mantesso’s illustrations aren’t just limited to these dog ‘tails’, and his Instagram shows a delightful range of objects and illustrations playing together. With a pinch of Javier Perez, and a dash of Marta Altes, these images really give a fresh take on the Instagram illustration scene. Whether they feature a real life Nemo fish, or a carrot doing the samba with Ratatouille

You can see more of Mantesso’s work over on his Instagram.