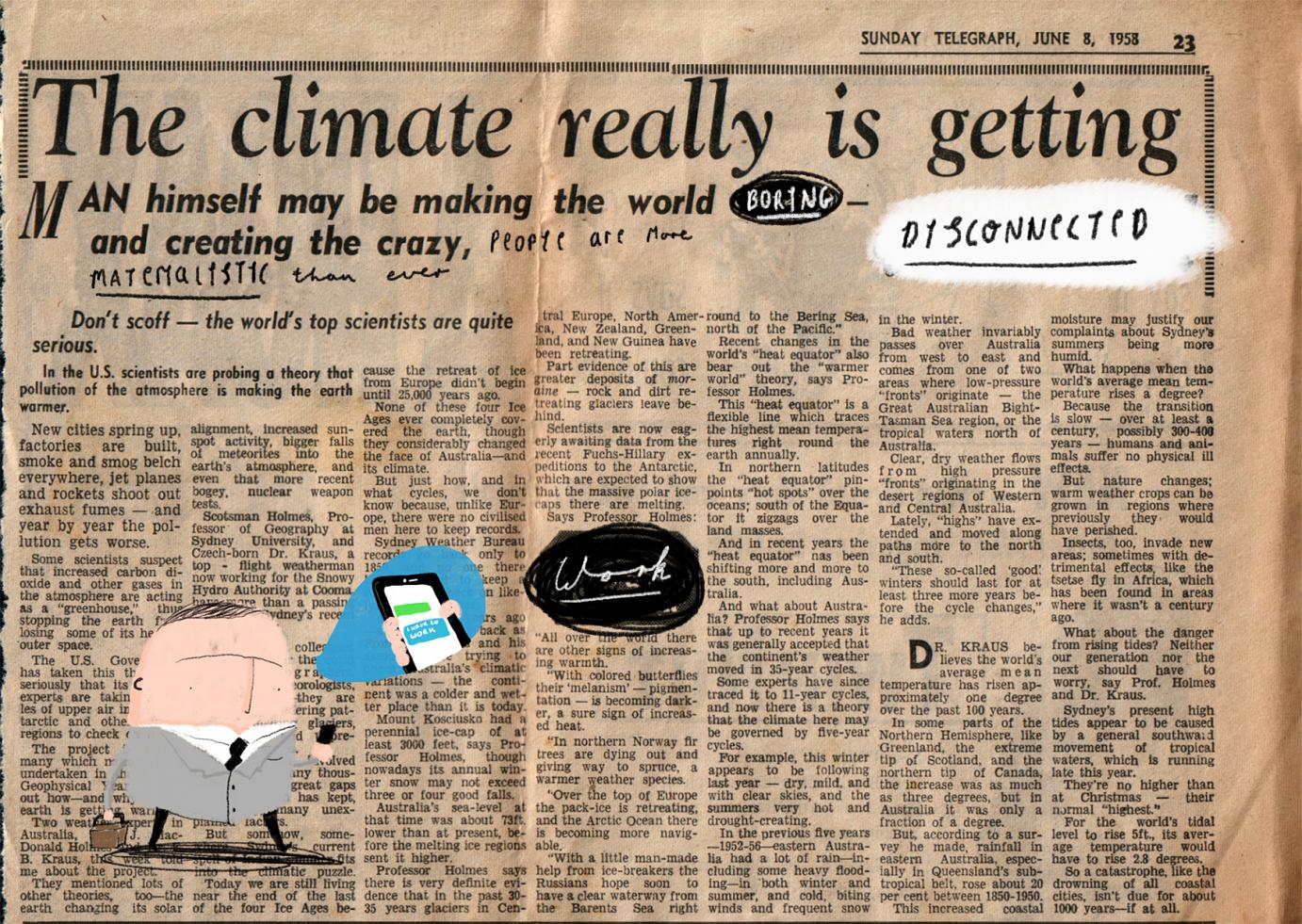 “What’s the use of a fine house if you haven’t got a tolerable planet to put it on?”

A quote from Henry David Thoreau to me sums up the ever-growing population on the planet. With Big blockbuster movies idolising the wealthy and portraying a happy and full life is something that can be expressed as your bank balance is something We as society have allowed to corrupt our believes. This is not an attack on the super rich or the elite 1%, but a message to the populous to search themselves as humans and not delve into their wallets.

I come from a working class Family, My mother and father both work and it is through their endeavour to provide for their children that has made me realise that they spend more of their time and energy focusing on others. They never cared about the most expensive house, the biggest Television or the Flashiest car. They only work for the important things, Putting food on the table, making sure their children got a good education and if at some point they had a moment to spare they would be actively helping teach us how to not only keep close as a family, but vital life skills that only can be shown by experience. This Illustration is one I conceived the concept  while out walking the dog. It is an issue I have found myself thinking about a few times but couldn’t find a coherent way of illustrating what I wanted to say. The man in the suit is walking with a briefcase, on his phone telling the other person that he has to work. It was the newspaper Headline that allowed me the chance to combine the two elements and add more to the sub heading.

It is said the most interesting people in the world are the crazy ones, This illustration is to show that While working is Good, it is not the most important thing. Many people go for jobs that will pay a lot of money, that fascination with their earnings and the believe that a person is worth what their NET worth equals is something that will consume them. The world holds around 7 billion people, if all those people cared about making money then we would not have any of the creatives that moulded and shaped our landscape, both Architecturally and spiritually. When we leave this world we take only ourselves, and the legacy we have left. What would you rather leave behind, a balance on a screen? or something more.? 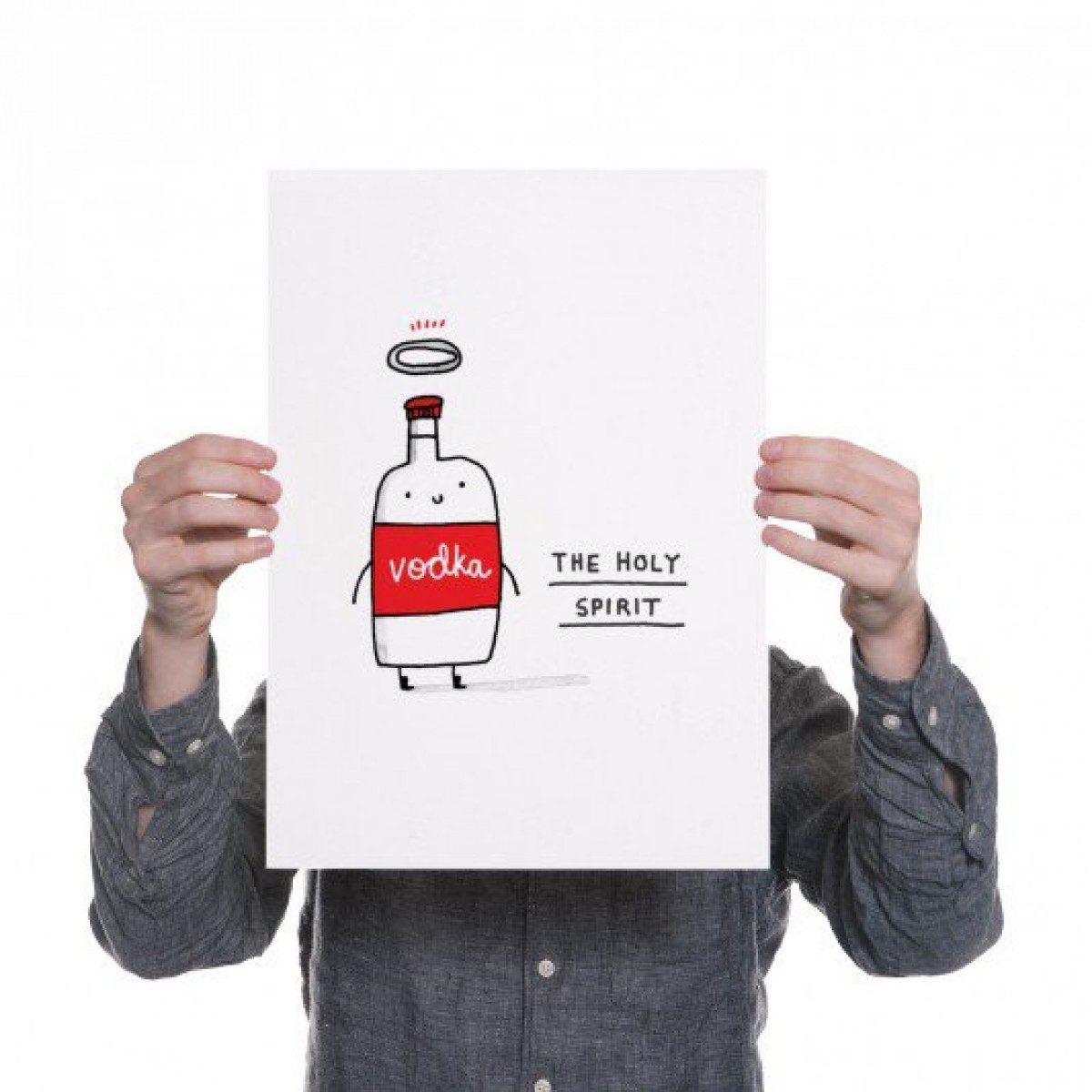 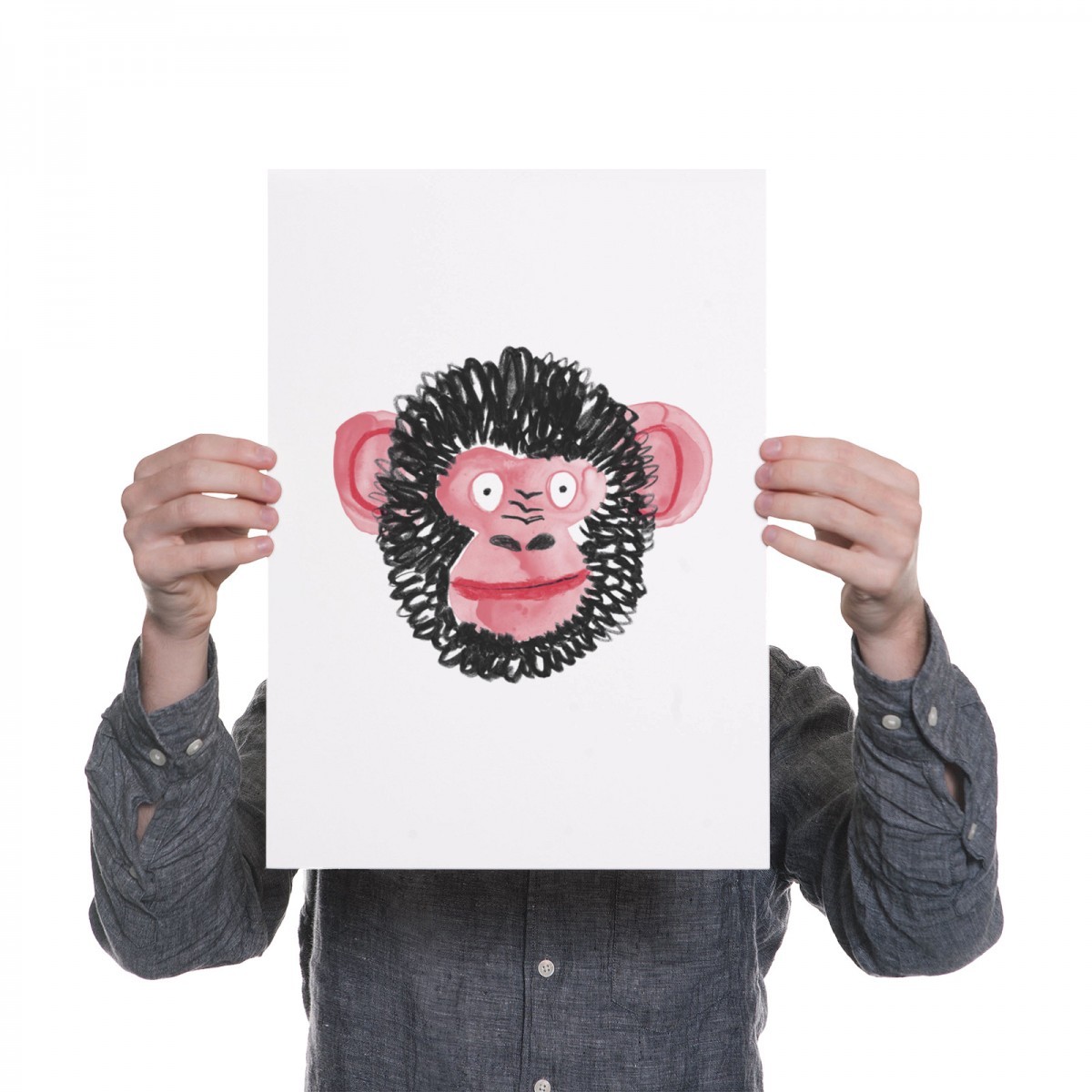 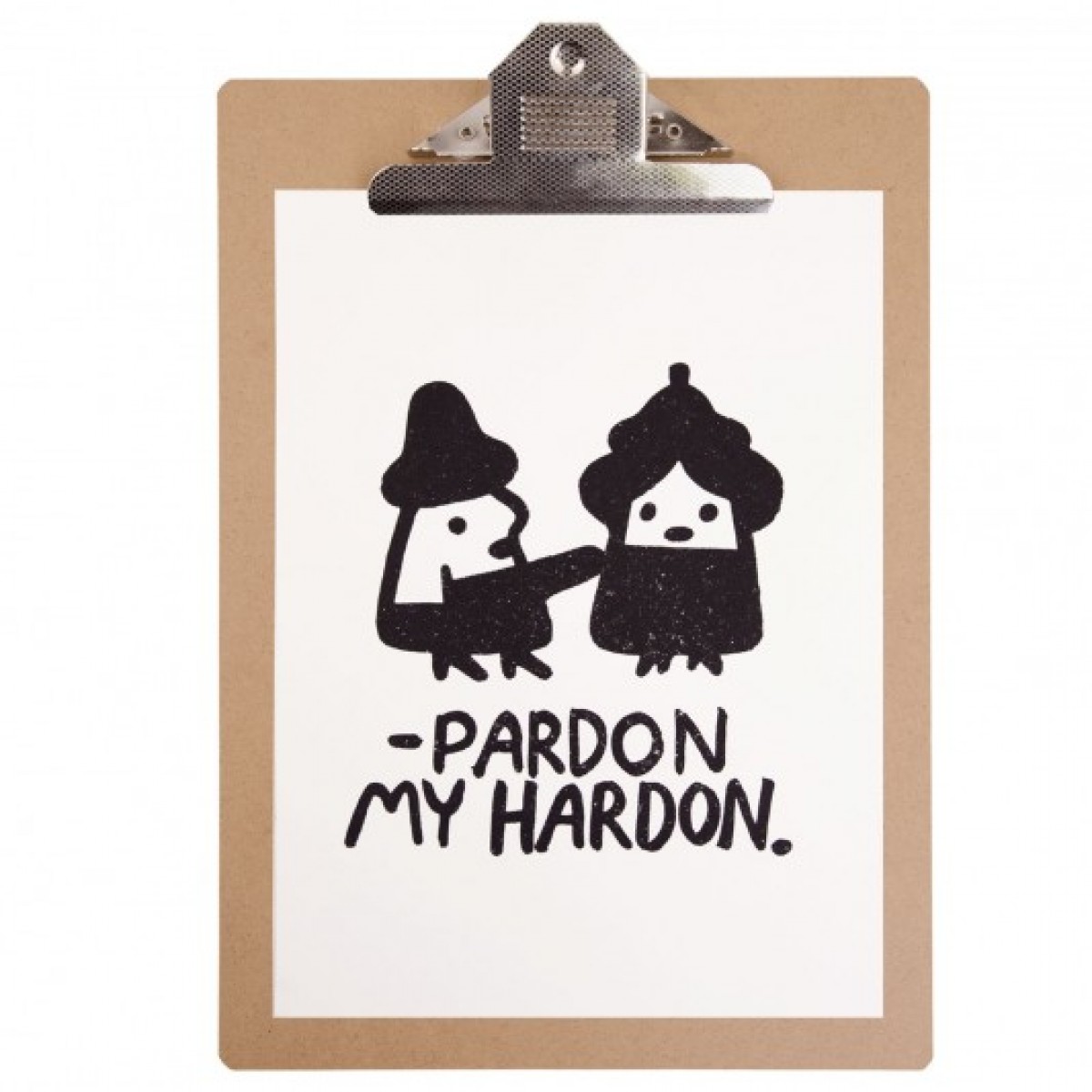 Pardon My Hardon A4 Print
Buy 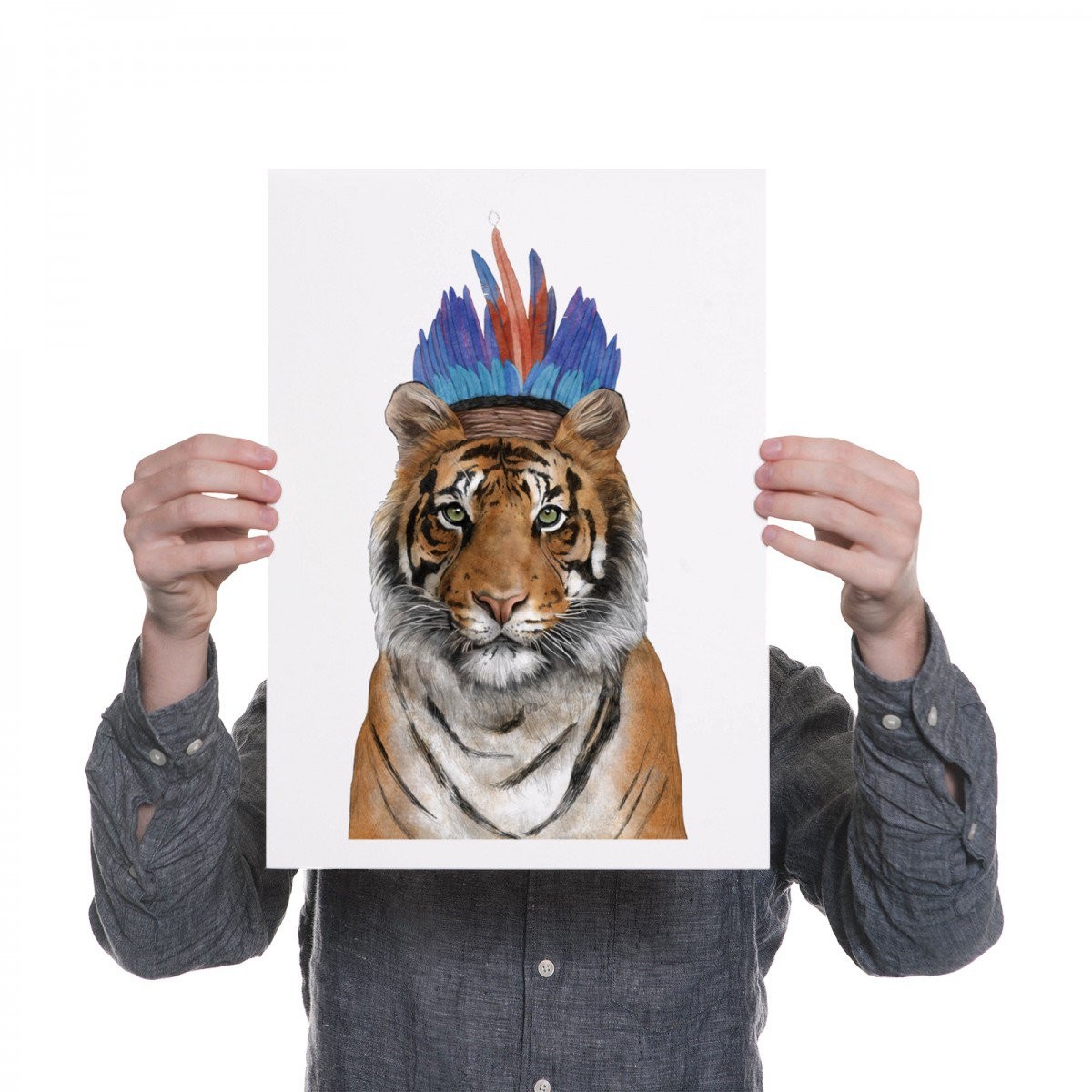